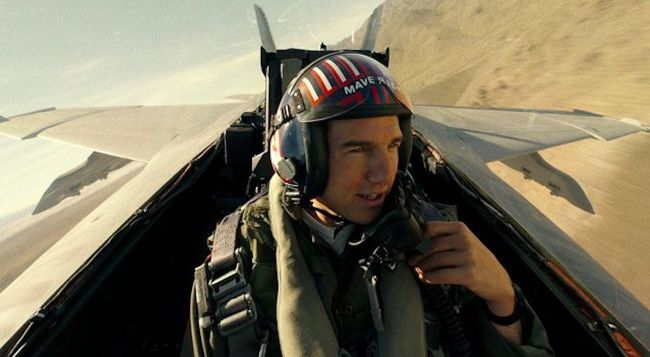 While Top Gun: Maverick has been dominating the thoughts and feelings of the movie-going world for the better part of 2022, it took until November for a fan to spot one of the Easter Egg homages to the original that was embedded in the film.

In a tweet from November 12, Twitter user Emma a.k.a. @msmegalodon shared that she noticed that the film’s creative team sampled the audio from the original Top Gun film for the beach football scene in Maverick.

my favorite party trick is showing people that they sampled the volleyball scene audio in top gun 1986 for the beach football scene in top gun maverick pic.twitter.com/S6jPYDQKPH

@msmegalodon’s tweet subsequently went viral — at the time of this writing, it has over 6,000 likes on the rapidly sinking social media app — and caught the attention of Top Gun: Maverick editor Eddie Hamilton who not only gave Emma her props but passed her sharp catch on to co-writer and producer Christopher McQuarrie (McQuarrie, a frequent Cruise collaborator, also directs the Mission: Impossible films).

McQuarrie then hopped on Twitter to further compliment Emma and also revealed that even Tom Cruise himself was impressed with her keen eye.

Tom and I were most impressed when Eddie showed us this over breakfast this morning. Keep on smugging, Emma.

Currently, Top Gun: Maverick is the 11th highest-grossing film of all time with almost $1.5 billion at the global box office, only trailing films such as Avatar, Avengers: Endgame, Titanic, Star Wars: The Force Awakens, Avengers: Infinity War, Spider-Man: No Way Home, Jurassic World, The Lion King, The Avengers, and Furious 7.

Given how critically and commercially successful the film is, some movie fans are hoping that the Academy Awards will be wise enough to nominate the film in the big categories at next year’s Oscars ceremony.