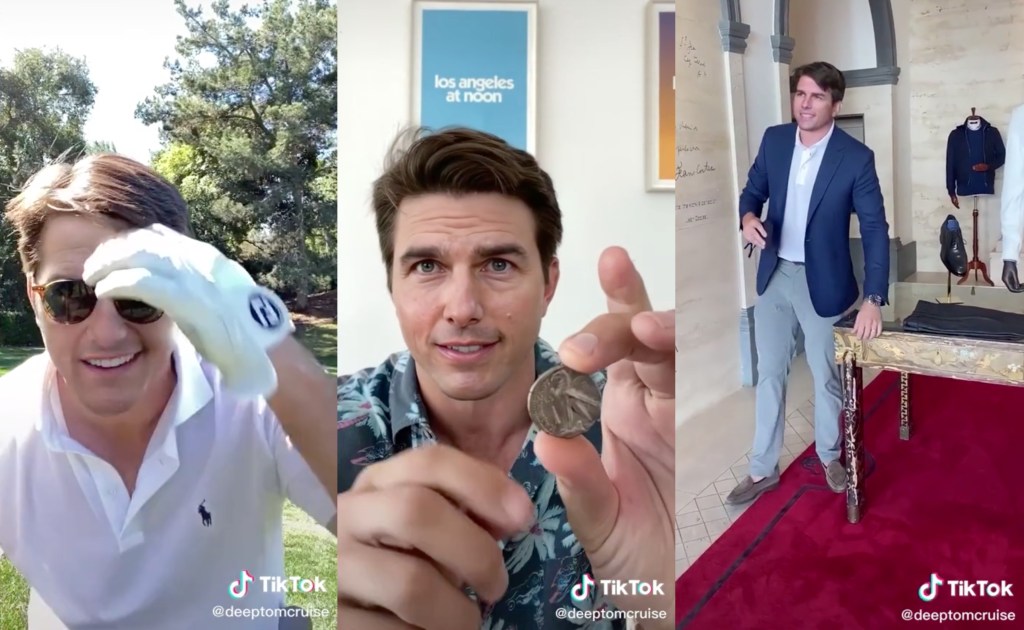 Tom Cruise is one of the most successful actors the world has ever known. This isn’t an opinion, this a fact. He has an estimated net worth of $600+ million and brings in $50M/year. His films have grossed over $10 billion at the global box office. He’s also only 5’7″. I’m not sure why I felt the need to include that but I’m just putting it out there in the world.

He has this enigmatic and hypnotizing presence when he’s in front of the camera. His energy cannot be matched. Being trapped with Tom Cruise in an elevator or stuck with him on a ski lift might be my worst nightmare because he strikes me as the type of guy who wants to stare straight into your eyes and ask you extremely uncomfortable questions. and that intensity is also a huge part of what’s made him so successful.

Now someone is matching his intensity using Deepfake technology on TikTok (follow @brobible on TikTok, by the way). I first saw these videos on Twitter yesterday and they were referenced as “I hope XYZ has seen Tom Cruise on TikTok already!’ So I clicked the video and legitimately had to watch it twice to be certain that it was a Deepfake and not the real Tom cruise.

There are only three clips so far but they’re eerily perfect. Here they are in order from oldest to newest. I think they’re all spectacular but I think they continue to get better…You guys cool if I play some sports?

If you guys aren’t following @brobible on TikTok yet you 100% need to connect with us there. Grayson has been killing it on the BroBible TikTok channel with some content you won’t be able to find here on the website but clips you’ll 100% be into if you’re a fan of BroBible.