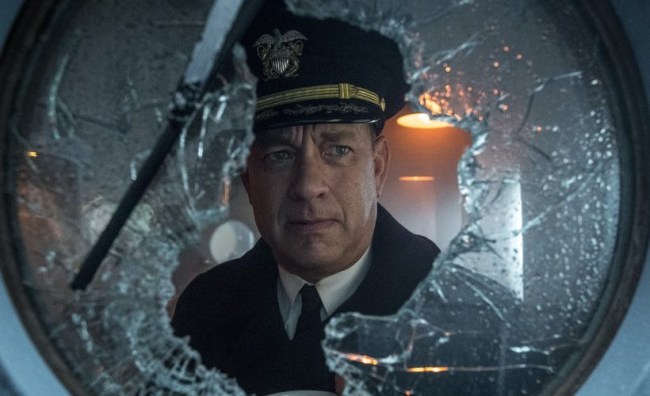 Sheesh. What an absolute ripper of a quote from Hanksy here. I mean, sure, he’s Tom Hanks and can do whatever the hell he wants and still be considered one of the greatest actors of his generation, but still, dunking on the future of content consumption as your latest film is about to be released via that very medium is a hell of a bold marketing strategy if you ask me.

In a recent interview with The Guardian, Hanks said that his new World War II film Greyhound premiering on AppleTV+ instead of theaters is an “absolute heartbreak”, which is not necessarily a traditional way of building up hype for your movie.

Greyhound has been an especial labor of love for him, one he sweated over for almost a decade, and it is one of those sweeping war movies that really should be seen on the big screen. So the change in plans has been, he says, “an absolute heartbreak. I don’t mean to make angry my Apple overlords, but there is a difference in picture and sound quality.” [via Guardian]

Based on the novel The Good Shepherd by C.S. Forester, Greyhound tells the story of Ernest Krause, a United States Naval captain who, in his first command of a U.S. destroyer, leads an international convoy of ships across the North Atlantic Ocean as they are being hunted down by Nazi U-boats.

Greyhound, which is Directed by Aaron Schneider, will hit AppleTV+ on July 10.