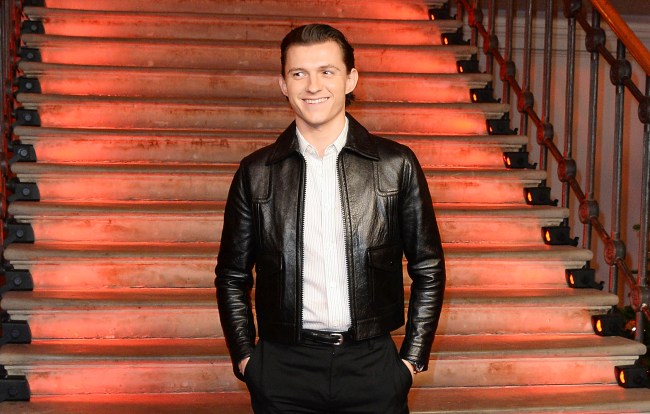 Anticipation is higher than ever as we are just 8 days from Spider-Man: No Way Home making it’s debut in theaters. Fans are preparing themselves for an insane multiversal movie that will feature villains from the last two Spider-Man series, but Tom Holland says it could have been a very different movie.

In an interview, Holland told Collider that if Marvel couldn’t make the multiversal epic happen, the backup plan was to make a movie with Kraven the Hunter as the villain. Director Jon Watts had even put together a pitch for this Kraven movie.

“For a long time, there was going to be a Kraven movie that was going to be the third movie because things weren’t working out and all sorts of different stuff. Jon pitched me this Kraven movie, which actually was really cool. I don’t want to talk about it in case that movie ends up happening down the line, but it was fun.”

While we won’t be getting that movie, Kraven will be getting a movie of his own. The Kraven movie starring Aaron Taylor-Johnson comes out a little more than a year from now and with this report, it is certainly a possibility that we get a Kraven showdown with Spider-Man in the future.

Kraven isn’t the only potential future villain that Holland spoke about this week. In an interview with Fandango yesterday, Tom Holland was asked who he would like to see Spider-Man take on next. He replied that the Morbius movie looks really cool and a clash with him could be cool.

Tom Holland and Zendaya tease a "crazy, scary" fight with Willem Dafoe's Green Goblin in #SpiderManNoWayHome and he chooses #Morbius as #SpiderMan's next foe. 👀https://t.co/HUgMk6rfIG pic.twitter.com/SsH2YeaY8M

Whether it’s one of these villains we see Spider-Man take on next or Venom or maybe a full Sinister Six lineup, it’s clear we still have plenty of excitement ahead with Tom Holland’s take on Peter Parker. First, we all get to enjoy Spider-Man: No Way Home and all of the insane possibilities it presents.