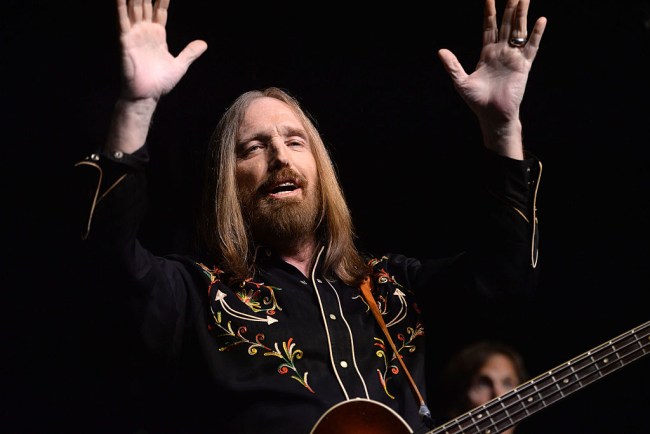 The medical examiner has released the cause of death for Tom Petty and ruled that the legendary singer’s died from an accidental drug overdose. Petty’s death was a result of taking a variety of drugs. The L.A. County Coroner revealed the autopsy results which said a number of Petty’s organs failed due to “mixed drug toxicity.” The autopsy report revealed that paramedics arrived and found Petty in full cardiac arrest. Paramedics were able to revive him with CPR, but while he was being transported to the hospital Petty did not have a pulse for 20 minutes. Petty went into cardiac arrest a second time when he was in the hospital. Tom Petty died 21 hours after being admitted to the hospital when his family decided to take him off of life support. The autopsy says Petty suffered from coronary artery atherosclerosis.

Petty’s autopsy report shows that he was on several prescription painkillers, sedatives, and an antidepressant. The drugs found in the Hall of Fame singer’s system included Fentanyl patches, oxycodone (Oxycontin), temazepam (Restoril), alprazolam (Xanax), citalopram (Celexa), acetyl fentanyl and despropionyl fentanyl. At the age of 66-years-old, Petty was still committed to touring and felt he needed these pain meds so he could continue to travel the country and play concerts. Petty suffered from emphysema, knee problems, and a fractured hip, which was said to be the breaking point. “On the day he died he was informed his hip had graduated to a full-on break and it is our feeling that the pain was simply unbearable and was the cause for his overuse of medication,” Petty’s family said in a statement. Tom performed in 53 concerts with a fractured hip and had wrapped his tour only a few days before he died on October 2, 2017, at the UCLA Medical Center in California.

Petty’s family is now committed to fighting the opioid crisis and using Tom’s death as a wakeup call to the dangers of the drug. “As a family we recognize this report may spark a further discussion on the opioid crisis and we feel that it is a healthy and necessary discussion and we hope in some way this report can save lives. Many people who overdose begin with a legitimate injury or simply do not understand the potency and deadly nature of these medications.” Fentanyl was also involved with the accidental drug overdose that killed Prince in April 2016.