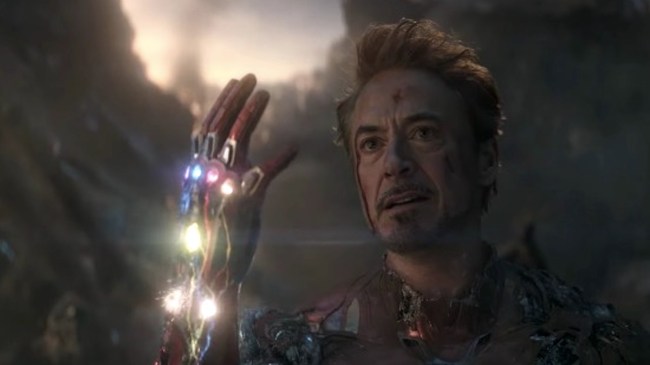 Let me just begin this article by saying that if the title somehow spoiled the ending of Avengers: Endgame for you, then I apologize, but I don’t know what the fuck you expect, if we’re being honest.

The movie has made more money than any other film in the history of cinema and has been out in the world eight months now. Actually, come to think of it, if you’ve somehow only learned that Iron Man dies at the end of Endgame just now, then I suggest you get out a little more. Meet some people, talk about current events. Just a suggestion.

Anyway, back to our favorite genius, billionaire, playboy, philanthropist, who heroically laid down his life to save the rest of the universe by snapping Thanos and his ballsack chin into the ether.

The scene was epic, rewarding, and heartbreaking, and will stand the test of time as one of the all-time iconic moments in the history of comic book movies. But apparently, Marvel Studios originally had a much more gruesome ending for Tony Stark planned.

“Those were the last shots that were delivered, and the key to all that was about finding a balance between seeing that Tony is suffering this incredible damage from exposure to the power of the stones… but also allowing him his moment. We couldn’t make it to gory because it would detract from his performance, and that was very important.”

“So we had the flesh on his face bubbling with the energy; it was way too gory. That didn’t fit. That last day or two that we were working on it, I think this is less than two weeks to go until the premiere, I was about finding that balance.” [via Insider]

I mean, fuckin’ a, Marvel — imagine sitting in the movie theater with your 11-year-old nephew and watching Iron Man’s beloved face bubble up and melt off. Little homies across the nation would be traumatized.