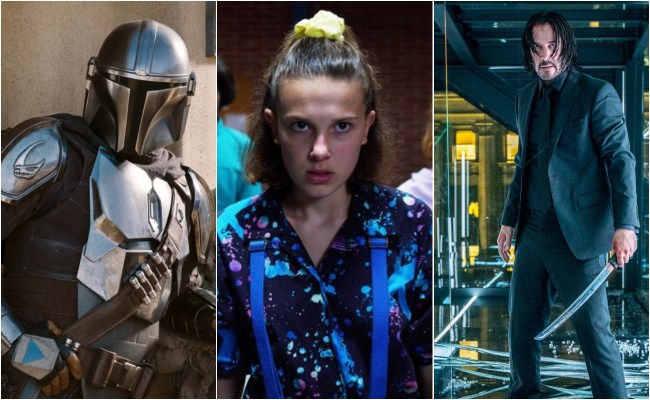 Here at BroBible, the entertainment industry is my beat. If you click over to my author page, you’ll see that — outside of the random Premier League or NFL article — the majority of what I cover is related to Hollywood, usually of the blockbuster variety. Hell, I launched a podcast here where the description perhaps best summarizes what I do here: “From MCU to miniseries, from blockbusters to streaming and everything in between.” Long story short, this list of the Top 20 Entertainment Franchises is quite literally right up my alley.

According to the National Research Group, the global insights and strategy firm that conducted the research, more than 350,000 interviews about the top 700 entertainment franchises were conducted “to discover which were considered the most bold, inspiring, and thought-provoking by U.S. consumers.”

“Consumers are ready for entertainment franchises to lean into important cultural conversations and create a new reality — one in which optimism, diversity and curiosity unite rather than divide us,” said Jon Penn, CEO of NRG, to Variety.

Unsurprisingly, Disney absolutely dominates the list, as 13 of the 20 entries — and four of the top six — are a direct product of theirs (they share the Spider-Man brand with Sony). That all makes sense. What doesn’t make sense is that a property like Ozark, which is in no sense of the word a “franchise”, as it has no sequels, spin-offs, prequels, or previously existing intellectual property attached to its flagship series. The same can be said for Coco which certainly didn’t seem like a story Pixar was planning to flesh out any further, and for Into the Spider-Verse, which somehow ranks above Spider-Man himself? Who the hell knows. Shout out to John Wick, though — who woulda thought back in 2014 that this modest Keanu Reeves franchise would turn into such a behemoth.