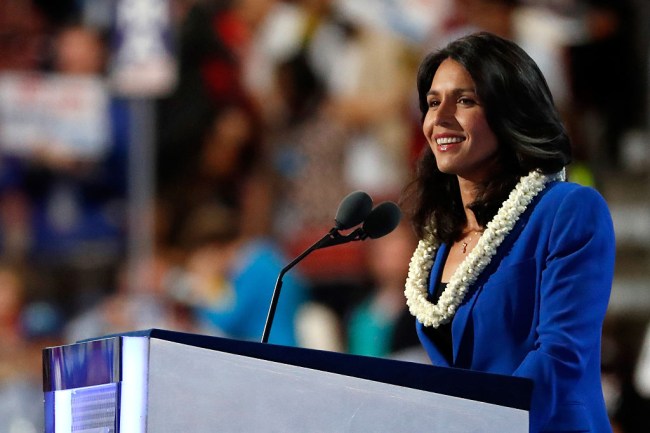 Many politicians stage photo-ops to show you that they live a healthy lifestyle, but usually their workout regiments are far from impressive. Presidential candidate Tulsi Gabbard shared a glimpse of her workout, and it is outstanding.

Tulsi’s fellow Democratic presidential candidate Robert Francis O’Rourke went on an early morning jog with supporters; unfortunately for Beto his campaign ended, and he is out of the running.

New York Senator Kirsten was also running to become the POTUS in 2020. While her campaign ended not much longer after it started, she did show off her weightlifting abilities.

Good to be back in Iowa. Do you like my new workout shirt? pic.twitter.com/0YVX0zZCvj

President Bill Clinton was jogging to go eat at McDonald’s.

Former Speaker of the U.S. House of Representatives and 2012 vice-presidential nominee Paul Ryan is seen here lifting weights in a photoshoot for TIME magazine.

Even 86-year-old Supreme Court Justice Ruth Bader Ginsburg has flaunted her weight lifting capabilities in the last couple of years.

Sending best wishes for a swift recovery to the iconic RBG – you'll be back lifting weights in no time #ProtectRBG pic.twitter.com/DuaeztCQzy

While those are all fine workouts, the politician with the most impressive exercise routine in recent memory probably goes to Tulsi Gabbard.

Tulsi is a U.S. Representative for Hawaii’s 2nd congressional district and 2020 Democratic nominee for President of the United States. Gabbard is currently campaigning around the country to get out her political message that is highlighted by her anti-war stance, but she still makes time for her exercise routine.

Before becoming a politician, Gabbard enlisted in the Hawaii Army National Guard in April of 2003. As a specialist with the Medical Company, 29th Support Battalion, 29th Infantry Brigade Combat Team, she was deployed to Iraq in July 2004 and completing her tour in 2005.

I have National Guard duty today & it’s #flashbackfriday — blast to the past with my friend Mel whose bunk was next to mine at Basic Training in Ft Jackson, South Carolina over 16 years ago! Love this woman — tough, kind & an incredible leader, still serving our nation today! pic.twitter.com/fr3Gp6KSOX

Gabbard, who currently serves on the Foreign Affairs Committee and the Armed Services Committee, is also a major in the US Army National Guard. Tulsi Gabbard suspended her campaign in August for two weeks so that she could fulfill her National Guard obligation by going on active-duty training in Indonesia.

In a recent Twitter post, you can see that Tulsi is still dedicated to staying in tip-top shape despite leaving full-time military service to become a politician. Rep. Tulsi Gabbard dispensed some #MotivationMonday advice: “Those days when you don’t feel like exercising and tell yourself you’re too tired or don’t have time — just do it. You’ll be glad you did.”

Those days when you don’t feel like exercising and tell yourself you’re too tired or don’t have time — just do it. You’ll be glad you did. #motivationmonday #fitness #health #tulsi2020 pic.twitter.com/dkBnhGbKIl

Showing her defined and toned triceps and deltoids, Gabbard runs through a variety of exercises, including weight training, pushups, and burpees. The video has over 32,000 Likes and over 620,000 views on Twitter.

In another video, Gabbard works on her lower body with an intense HIIT circuit leg workout.

Even when you don’t feel like it, keep going. This HIIT circuit leg workout pushed me to muscle failure. #fitness #saturdayvibes #tulsi2020

But the Hawaiian native and first Samoan-American member of Congress also surfs for exercise.

But she isn’t against a cheat day with carbohydratey donuts.

In a recent Fox News poll, Gabbard is at 2% and in 8th place out of the 10 Democratic presidential candidates who haven’t dropped out of the race yet.