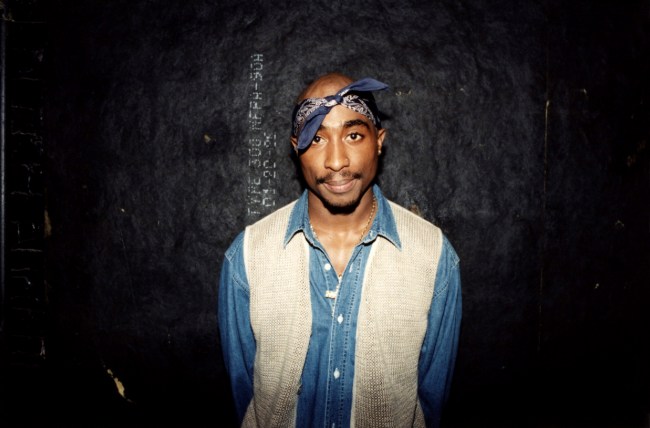 Kentuck Governor Andy Beshear held a press conference earlier this week where he called out ‘bad apples’ for allegedly trying to game the state’s unemployment benefits system. One name in particular that he made mention of was ‘Tupak Shakur‘.

After the 46-year-old from Lexington heard the Governor joking about his name on the press conference he was justifiably irate, according to TMZ. The Governor’s since been had to call his constituent and apologize for holding up much-needed unemployment benefits.

The Governor called out Pac Monday night, saying someone applied for unemployment for Tupac Shakur in his state. Beshear scolded “bad apples” for playing jokes and holding up people’s money — but now he’s got egg on his face.

Kentucky’s Tupac isn’t trying to live the thug life … he’s just a 46-year-old Lexington resident who lost his restaurant gig due to the (virus). Sorry, Guv … he’s had the famous name since the late ’90s, so he’s not using it just to fool the system.

Tupac, who prefers his middle name, Malik, says he was hurt, embarrassed and shocked by the Governor’s comments — but says Beshear called him Tuesday to apologize and all is forgiven.

He understands Beshear’s dealing with a lot — nearly 24 percent of the state’s workforce has filed for unemployment — and mistakes happen. Still, Pac says he’s still waiting on a check, and it’s been over a month since he filed. (via TMZ)

“A couple of bad apples.” Seriously, watch this clip and try to put yourself in the shoes of the man whose benefits have been withheld because nobody bothered to contact him to see if he is who he says he is.

The dude’s been waiting on his unemployment money for a month after being laid off because of the global health crisis and he flips on the TV to find the governor of his state cracking jokes about how his name isn’t real and it’s all a scam. I would be absolutely livid if I was in his shoes.

It’s also abundantly clear that this ran up several chains of command without anyone ever bothering to contact Tupac Malik Shakur himself and verify his identity. It’s not as if the governor was sifting through the names and found this. Someone flagged it, told their superiors who thought it was funny, who told their boss, and so on and so forth until it reached the governor of Kentucky with everyone probably making jokes along the way only to look like complete jerks for withholding this man’s much-needed unemployment benefits.