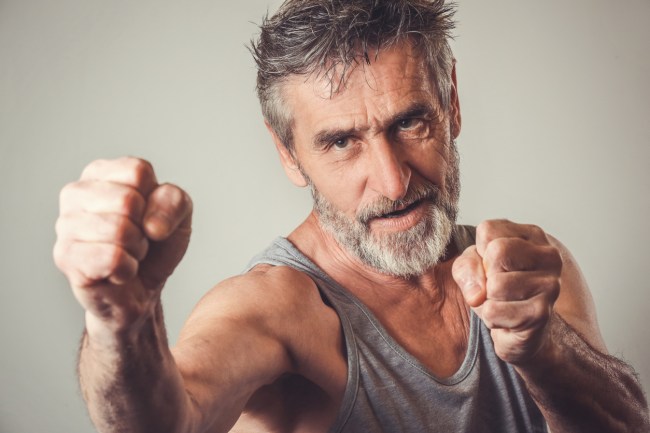 How to put this mildly? I live in Yuppieville Central, USA, also known as Hoboken, New Jersey.

I love my city, it’s like being the sixth borough of New York City without having to deal with any of the negatives, particularly the exorbitant rent (don’t get me wrong, it ain’t a bargain, but you aren’t living in crawl space either). Getting to Midtown Manhattan from here is easier than, let’s say, from Brooklyn. It apparently has the most bars per square mile in the country or some believable and possibly fake statistic like that. It’s the birthplace of Frank Sinatra! It’s a fantastic little town.

But it is boujee as all hell. Put it like this: the place is an Instagram influencer’s dream. Boutique shops and bars and restaurants all over the place. The median household income is reportedly $136,402 — not too shabby.

Why do I mention this? Well, I’m certainly not trying to flex or anything, as it’s not like I wear this yuppieness as a badge of honor. I bring all of this up because it’s important to understand that Hoboken is not the type of town where fights regularly break out (so long as you exclude the drunken bar population). So, earlier today, when I heard the rumblings of what appeared to be a legitimate brawl brewing from outside the crib, I sprinted to the window to try and get a video.

While I didn’t get there in time to capture the lead-up, I do know that the two seemingly-middle-aged — one driving a car, one walking on the sidewalk — men were arguing for close to a minute.

“Get out of the car you scumbag!” I heard once or twice. It didn’t seem like the driver was going to take the bait. “Oh well, close enough,” I thought as I sullenly pocketed my iPhone. But then — as is the case with most impulsive decisions to engage in a fight — the driver sprung out his vehicle like a bat out of hell, fists raised. The two exchange a couple of blows as I fumble around with my cell, trying to open the video camera. Then, finally, I begin recording (in the first couple of seconds, you can see the two dudes swinging at each other in the middle of the street and hear a woman screaming in the background):

Unfortunately, the pair drifted out of view — not only is the building across from me rent-controlled and equipped with balconies, but they got a primo view of this clash of titans, lucky bastards — for a few moments before The Driver, apparently the victor, hops back into the whip and BAILS (to any lawyers or police reading this, I swear this is the only video I took and I wasn’t able to get a look at their faces or the license plate, so kindly leave me be — I’m quarantining after all).

And man, let me tell ya, my heart was racing. I mean it quite literally when I say it’s the most alive I’ve felt in weeks. My blood hasn’t pumped like that since I was lugging my out-of-shape ass around in the Championship of last summer’s soccer league with the boys (which we won by the way, no big deal). One second, I’m sitting at my desk, minding my own business as I somewhat mindlessly click around the internet, and then the next thing I know, there are two potentially geriatric lunatics just eight stories below throwing road-rage-fueled haymakers at lunchtime. In Hoboken, no less! So, this is what it feels live to be alive. I’d almost forgotten.