Tye Sheridan On The Legacy Of The ‘X-Men’ Films: “They’re Good And Bad” 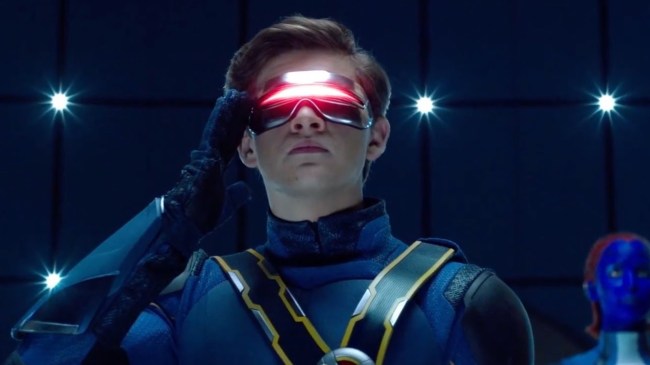 Given that we’re now two decades into the modern era of superhero filmmaking, it’s forgivable to feel like this is simply always the way things were. But the truth is, outside of the original Christopher Reeve Superman films and the Michael Keaton Batman films, the genre wasn’t the guaranteed home run success that we’ve come to know today.

That all changed about 20 years ago with the release of the original X-Men, which modernized the comic book blockbuster approach that we’ve since become so familiar with. In addition to being the first of its kind, X-Men was also the longest-running superhero franchise, as its 20 years of continual storytelling — technically concluding with this year’s cursed New Mutants — far surpasses any of its competitors (the Marvel Cinematic Universe, for comparison, is still just 12-years-old).

Given its sprawling and storied history, its legacy is arguable as complex as its narrative, which is exactly what I asked Tye Sheridan — who starred as Scott Summers/Cyclops in X-Men: Apocalypse and X-Men: Dark Phoenix — when I interviewed him earlier this week on the Post-Credit Podcast.

“I think they’re good and bad, to be completely honest with you. I think that it’s great to have stories about heroes, because it lends a certain optimism to someone, and it’s good to be optimistic about the world. But, I think that now — you know, late 90s, early 2000s superhero era is so vastly different from what it is now,” Sheridan began.

“Now, it’s really a crowded space, and sometimes they’re the only movies that get attention, they’re some of the only movies people go out to see. And then some of those movies, they become less and less thought-provoking. And I don’t know if that’s good. I think we should be telling stories about real people and real problems. It doesn’t matter what genre that is. A movie that’s important can be a comedy. Not every movie has to be super serious. I would prefer to see films that take a crack at more important themes and I think that it’s important — especially in a world like today — to have that, to have characters to look up to.”

“And I’m not saying that all superhero movies are bland philosophically or thematically, I’m not saying that at all. I think there are some really incredible superhero movies that are coming out now or that have come out in the past few years, and I think that’s one reason I was super excited to join the X-Men universe because those movies are on a grand scale, are exploring so many different ideas and so many different things. If you look at X-Men, X-Men is largely about a group of people that haven’t been accepted, and what that is reflective of in our society.”

X-Men wasn’t the only topic we covered with Tye, as we dove into working with Matthew McConaughey, auditioning for Steven Spielberg, his new survival series Wireless, and more.