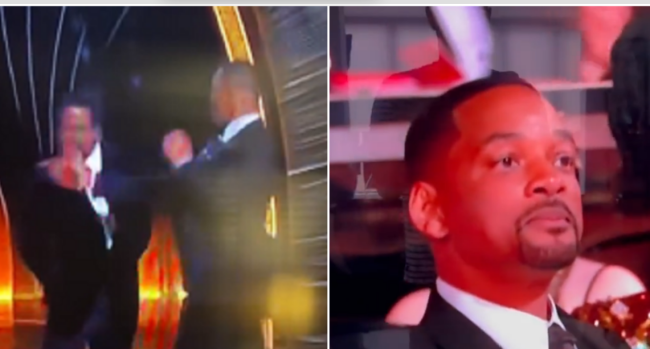 Will Smith appeared to be genuinely angry at Chris Rock over a joke about Jada Pinkett-Smith.

During Sunday’s Oscars, Rock joked that a bald Jada Pinkett-Smith could star in G.I. Jane 2.

THat’s when an angry Will Smith walked up to the stage and slapped the comedian.

The uncensored footage shown on Australian television shows an angry Smith yelling “keep my wife’s name out your fucking mouth.”

UNCENSORED WILL SMITH FOOTAGE AS SHOWN ON AUSTRALIAN TV pic.twitter.com/NcRfdjWxqe

Here’s slow-motion video of the slap.