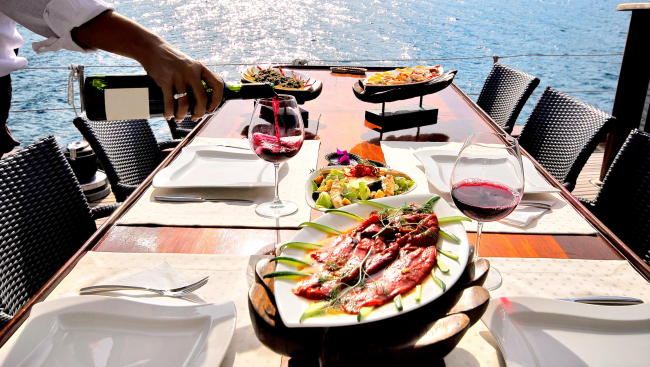 Are you a master of drinking, eating and living? You might think you are, but do you have a degree to prove it? Because now you can!

One of the most prestigious political science universities in France is now offering a masters degree in BMV (boire, manger, vivre), which translates to drink, eat, live.

According to the Telegraph, the new masters program at Sciences Po Lille, northern France, will offer courses on such things as gastro-diplomacy, food-tech, terrestrial foods, and fighting sexism in the kitchen.

After university president Emmanuel Macron declared 2021 “the year of French gastronomy,” 15 students were hand-picked from the 70 who applied to pursue this unique degree.

“BMV is neither the Michelin guide nor the boozy student common room,” said lecturer Benôit Lengaigne, a former director of the school who was raised in a family of wine merchants in Boulogne-sur-mer. “It’s one of the best ways to ignite 20 year-old students’ passion for changing or saving the world through their future profession.”

Clémence Ricart, a BMV ambassador student told Le Monde newspaper, “We threw ourselves into this major without knowing what was in it but it’s fascinating. It is a master’s course that unites us around one passion: the world of gastronomy and food.”

When the masters program was first announced at the school students were said to have “burst into laughter.” Now they are the “envy of their colleagues.”

They are also getting job offers from some “big names in the world of French food,” the Guardian reports.

“At first, we asked ourselves whether our future employers would laugh when they saw the heading “drink, eat, live” on our CV,” said one unnamed student.

“But given the initial feedback from business, we’re convinced that it will work.”

Now the only question many students are asking is, “Where do we sign up?”