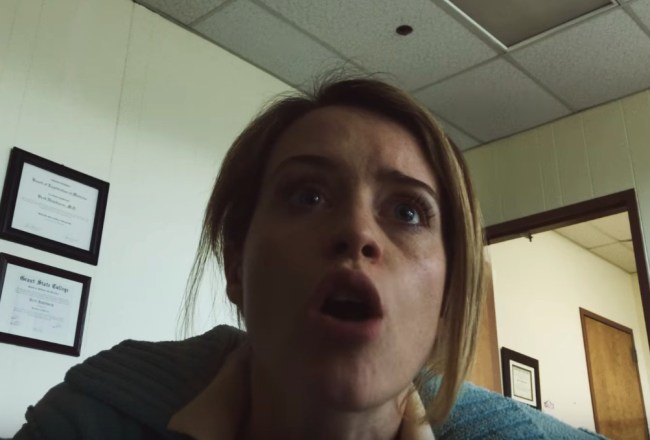 Movies cost millions of dollars. Director Steven Soderbergh is either trying to keep his budgets low or he’s really in love with his new phone.

His new film, Unsane, dropped its first trailer and it’s fascinating for two reasons — the movie looks decent and the entire flick was shot on an iPhone. Yes, an iPhone. I’m not sure if it was just one iPhone but it’s still damn impressive. I can’t even get my phone to hold a charge.

“A young woman is involuntarily committed to a mental institution where she is confronted by her greatest fear – but is it real or is it a product of her delusion?”