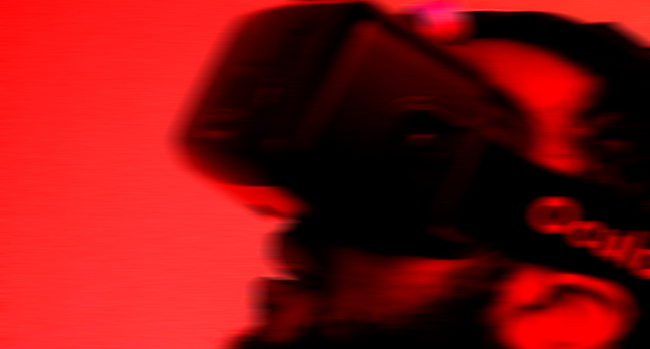 Oculus creator Palmer Luckey announced this week that he has developed a virtual reality headset that kills the user in real life if they die in his game.

“This might be a game, but it is not something you play,” Luckey wrote in a tweet revealing his barbaric new VR headset.

“To commemorate the Sword Art Online Incident of November 6th 2022, I made the OQPNVG, the first virtual reality device capable of killing the user – if you die in the game, you die in real life.”

"This might be a game, but it is not something you play."

To commemorate the Sword Art Online Incident of November 6th 2022, I made the OQPNVG, the first virtual reality device capable of killing the user – if you die in the game, you die in real life.https://t.co/F3nkP5EU61

“Today is November 6th, 2022, the day of the SAO Incident,” Luckey wrote on his blog. “Thousands of VRMMORPG gamers were trapped by a mad scientist inside a death game that could only be escaped through completion. If their hit points dropped to zero, their brain would be bombarded by extraordinarily powerful microwaves, supposedly killing the user. The same would happen if anyone in the real world tampered with their NerveGear, the virtual reality head-mounted-display that transported their minds and souls to Aincrad, the primary setting of Sword Art Online.”

“The idea of tying your real life to your virtual avatar has always fascinated me – you instantly raise the stakes to the maximum level and force people to fundamentally rethink how they interact with the virtual world and the players inside it.”

“Pumped up graphics might make a game look more real, but only the threat of serious consequences can make a game feel real to you and every other person in the game,” Luckey continued. “This is an area of videogame mechanics that has never been explored, despite the long history of real-world sports revolving around similar stakes.”

“The good news is that we are halfway to making a true NerveGear. The bad news is that so far, I have only figured out the half that kills you. The perfect-VR half of the equation is still many years out.”

Luckey added that although he is “a pretty smart guy” he couldn’t figure out how to create the microwave emitter used in the SAO headset so instead he used used “three of the explosive charge modules I usually use for a different project.”

“When an appropriate game-over screen is displayed, the charges fire, instantly destroying the brain of the user.”

“This isn’t a perfect system, of course. I have plans for an anti-tamper mechanism that, like the NerveGear, will make it impossible to remove or destroy the headset. Even so, there are a huge variety of failures that could occur and kill the user at the wrong time. This is why I have not worked up the balls to actually use it myself, and also why I am convinced that, like in SAO, the final triggering should really be tied to a high-intelligence agent that can readily determine if conditions for termination are actually correct.

“At this point, it is just a piece of office art, a thought-provoking reminder of unexplored avenues in game design. It is also, as far as I know, the first non-fiction example of a VR device that can actually kill the user. It won’t be the last.”