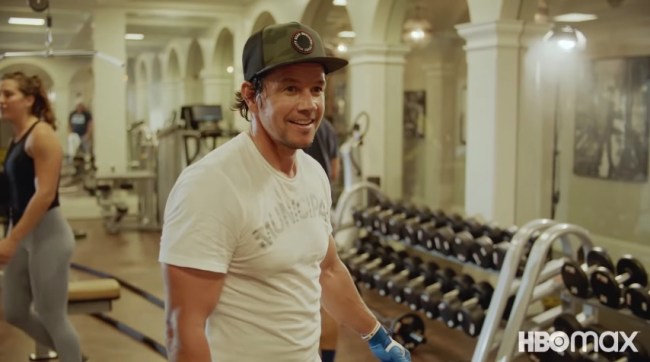 Have you ever wondered about the daily grind of a movie star? Curious what it’s like to run multiple businesses that you don’t *actually* run? Want to know about the struggles of being an internationally-known, multi-hundred-million-dollar having actor? Then boy does Mark Wahlberg have the project for you! Behold, his upcoming docuseries Wahl Street, an intimate look at the life and businesses of Mark Wahlberg, who is definitely someone we need to be hearing more from these days.

So… it’s essentially middle-aged Entourage? Except all of the drama of “making it” is removed since Wahlberg has been an established A-lister for close to 30 years? Sounds thrilling.

The documentary series offers fans a glimpse into global star Mark Wahlberg’s life as he juggles the demands of a rigorous film schedule coupled with an ever-growing network of diverse businesses including his clothing line, Municipal; his gym studio, F45; restaurant chain Wahlburgers and his production company, Unrealistic Ideas. Along the way, viewers will learn powerful business and life lessons as he navigates the numerous challenges of a global pandemic, all while trying to maintain and expand his vast portfolio. WAHL STREET will also introduce the cast of colorful characters that make up Wahlberg’s real-life entourage.

The SIX-EPISODE (six!) docuseries will premiere its first episode on Thursday, April 15.

As for the next time we can see Mark Jobs — I mean Mark Wahlberg — in a movie, will be later this year when he stars in Antoine Fuqua’s upcoming sci-fi Infinite. Then, in 2022, he’ll be starring alongside Tom Holland in Uncharted.