First Reactions To ‘WandaVision’: This Decades-Spanning Acid Trip Is A Thrilling Addition To The MCU 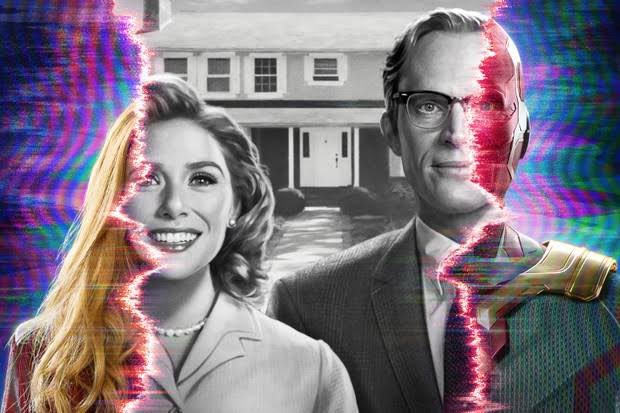 After a year-and-a-half wait, fans of the Marvel Cinematic Universe are finally on the verge of returning to the most successful Hollywood franchise of all-time, as WandaVision — the first-ever MCU series on Disney+ — is set to debut on Friday, January 15 when the first two (!) episodes drop.

Over the weekend, the first reactions from critics began to roll out on the internet, all seeming to indicate that not only is the mind-bending, decades-spanning acid-trip sitcom a thrilling way to kick off the MCU era on Disney+, but it’s a worthy addition to the franchise as a whole.

Have seen the first 3 episodes of #Wandavision and *LOVE* how big of a swing @MarvelStudios is taking with the series. The reason the #MCU is king of the hill is @Kevfeige’s amazing leadership and willingness to take risks like what you'll see in 'Wandavision'. pic.twitter.com/EgUUUxXudh

The entire cast of #WandaVision is great and fully commited to the stylized approach but Elizabeth Olsen’s performance is truly outstanding and one of those “Man, if awards shows weren't snobby about superhero stuff, she would likely get an Emmy nomination” situations.

How #WandaVision approaches what we think is normal and what isn’t makes it an incredibly fun watch just three episodes in. I am impressed at how much it offers fans waiting for MCU content while still showing restraint.

There’s a lot to like in #WandaVision, especially Olsen and Bettany’s performances, but what I appreciated the most is the chance to experience a relationship that was mostly developed off-screen between MCU films. Starts streaming on January 15! pic.twitter.com/PX965i6BO2

Watched the first 3 episodes of #WandaVision yesterday. It's weird & hilarious in ways Marvel has no right attempting, but they nail it anyway. Then it sprinkles in just enough mystery to keep you speculating and fascinated. I'm so excited to see how far it can go. pic.twitter.com/7PIFQiUNxF

Elizabeth Olsen & Paul Bettany are tremendous together in #WandaVision. Their chemistry comes through brilliantly and they are a blast to watch. Bettany is especially having a good time & it shows.

There is so much heart, fun, mystery, and darkness between #Wanda and #TheVision. pic.twitter.com/GCIJKBvB73

Fans wanting BIG action scenes may need to adjust their expectations, at least early on, but the beauty of this format is it allows room to hang out w/ characters & revel in the weirdness on display without a story that’s relying too heavily on rushing to its next major battle. pic.twitter.com/N451h2KcwO

WandaVision — the first project in the Marvel Cinematic Universe since 2019’s Spider-Man: Far From Home and the first in the franchise’s “Phase 4” — will be the pioneering MCU series on Disney+ when it debuts on Friday, January 15. As Disney confirmed during their massive Investors Day event back in December, WandaVision will begin a narrative arc that’s followed through Spider-Man 3 and Doctor Strange In the Multiverse of Madness.

This is just the start of the MCU’s run on Disney+ this year, as The Falcon and the Winter Soldier (which was initially going to be the first MCU/Disney+ series to release) will drop in March, with season one of Loki (a second season is already in the works) releasing in May. If all goes to plan, additional MCU series could drop later this year, such as Hawkeye and Ms. Marvel, both of which are currently in production.