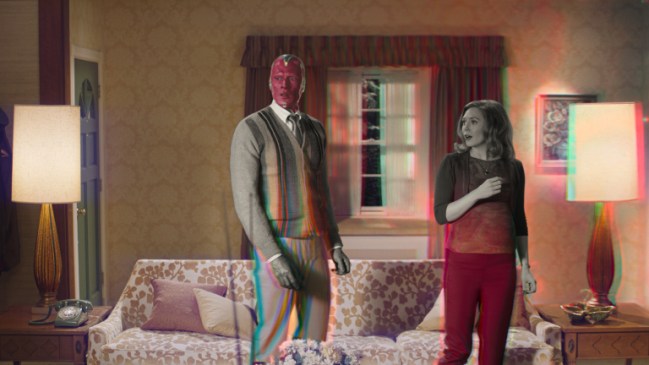 After months of speculation, Marvel Studios confirmed this morning that WandaVision — the first-ever Marvel Cinematic Universe project on Disney+ — will hit the streaming service on Friday, January 15.

Marvel Studios announces that WANDAVISION, the first ever MCU series on Disney+, will debut on Friday, January 15 🔮pic.twitter.com/QPfJos5E8f

As teased earlier this week in a feature in Entertainment Weekly, WandaVision will be a genre-bending love letter to sitcoms of a generation gone by like The Dick Van Dyke Show, as the series was shot in black-and-white in front of a live studio audience.

In that same EW piece, Marvel Studios President Kevin Feige also confirmed that the series would be filled with a “wealth of rewards” for longtime MCU fans and will be tied directly into Doctor Strange in the Multiverse of Madness, seemingly confirming that WandaVision will continue to explore the franchise’s growing multiversal madness.

“If you haven’t seen any of them and just want to step into this weird thing because you love The Dick Van Dyke Show, it’s going to work,” Feige says. “But if you’ve been tracking the 23 movies we’ve made and following along the stories into Phase 4, there’ll be a wealth of rewards waiting for you as it all unfolds.” [via EW]

Whether WandaVision is good or bad is yet to be seen (it’s going to be good), but frankly, it doesn’t really matter, as the series promises to bring something fresh and something weird to the Marvel Cinematic Universe. The long-running criticism of the MCU is that many of the projects can feel the same, and based on everything we’ve seen from WandaVision so far, similarity will be the last of the series’ concerns.

The Post-Credit Podcast will be covering all of the latest Marvel Cinematic Universe updates and recapping every episode of WandaVision when it drops, so make sure to subscribe and check that out.