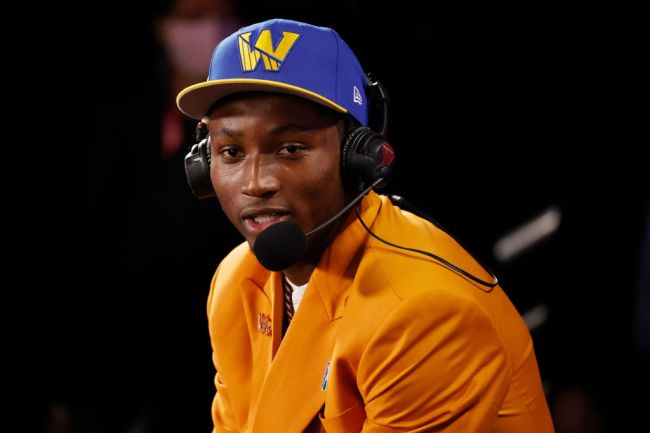 Warriors rookie Jonathan Kuminga has unfortunately been given probably the worst nickname in NBA history and it’s catching on among fans.

After getting drafted by the Warriors in the first round, Internet personality Kenny Beecham dubbed Kuminga the “Kum Bucket.’

Unfortunately for Kuminga, fans have been using the “Kum Bucket’ nickname on social media during his Summer League run.

kum bucket bout to be a future all star https://t.co/RyVfbp4lpy

Wtf? They really added the Kum Bucket as his nickname in Google 💀 pic.twitter.com/lbCNjH4oWA

The Kum bucket is having his way in this game

Speak for yourself, he is the Kum Bucket in my eyes https://t.co/dBSxLxTOnS