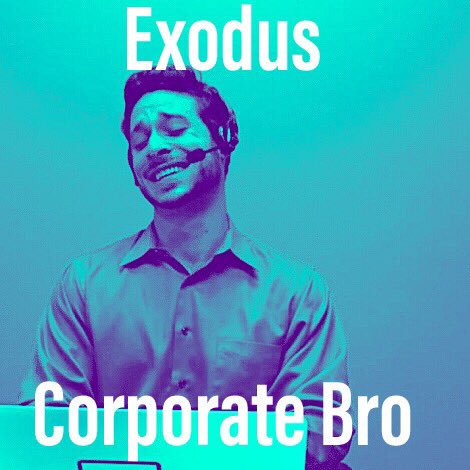 This week on Oh Yeah, Oh Yeah: The Entourage Podcast I had sales legend Corporate Bro on the podcast to discuss Episode 13 of Season 2 of Entourage, titled ‘Exodus.’ It marked a first for the show as we finally have a studio space set up in San Francisco and Corporate fortunately had an afternoon free to come by.

We discussed Ari being unceremoniously fired from his agency after attempting to stage a coup, Turtle and Drama stalking Mandy Moore as she shops at Blockbuster (classic 2005) and Vince getting dumped.

Ari goes around his agency spreading the codeword “tsetse fly” to a select list of eight agents he wants to come with him to his new agency. Corporate and I discussed the meaning of this and finally determined that a tsetse fly is an insect in tropical Africa that sucks the blood from a healthy host and leaves it diseased and infected. Hence, its application to Ari’s “team” he’s trying to leave with. Which as we all know by know does not happen.

Corporate gave his hilarious take on relationships, Ari Gold and parking garage meltdowns, and we award Lloyd with a new category: the Sixth Man Award. This is the character of Lloyd’s first breakout moment in the show and he makes the most of it.

Enjoy the episode and have a Happy Fourth of July weekend! The Season 2 Finale ‘The Abyss’ is up for next Monday! Subscribe below so you don’t miss it.