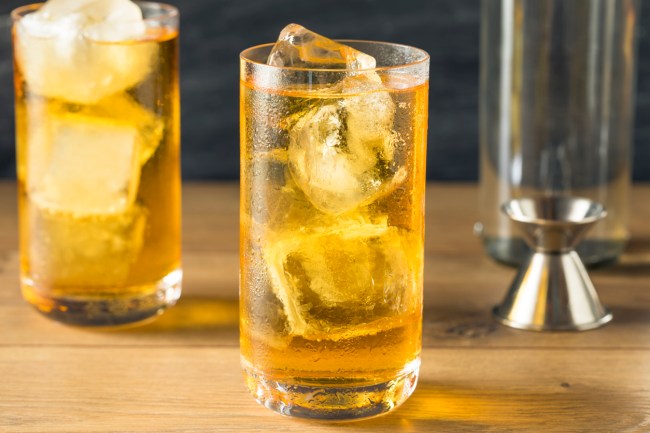 Over the years, humans have figured out an impressive number of ways to alter their minds in order to make the tedium of daily life a bit more tolerable, and while there is a wide variety of substances you can choose from to get your kicks, there are only a few of them that can truly be considered mainstream.

While tobacco has become increasingly frowned upon (and nicotine has become irrationally villainized in the wake of the overhyped vape panic), both caffeine and alcohol have been deemed “acceptable” by the powers that be and are consequently consumed in massive quantities around the world on a daily basis.

Of course, it’s only natural that people would choose to combine the two and there is no shortage of ways to do so, whether we’re talking about an Irish coffee at brunch, a vodka-spiked energy drink at the bar, or a Four Loko with a caffeine pill tossed in if you just refuse to let go of the past.

However, if you have a propensity for any of the aforementioned concoctions, you might not be doing yourself any favors.

Mic recently spoke with Alexa Mieses, a physician who also teaches medicine at the University of North Carolina and consequently knows a thing or two about things you should and should not do with your body.

According to her, the highly-hyped Alcohol x Caffeine collab is a dangerous idea for a variety of reasons, the most notable of which is overriding your mind’s ability to decide when enough is enough, as the stimulant tricks your brain into thinking you can handle an unhealthy amount of booze, which raises the risk you’ll succumb to alcohol poisoning.

As a result, you also run the risk of doing more stupid shit thanks to the lowered inhibitions that come with drinking to excess, so it might be wise to avoid mixing caffeine and alcohol unless you like having a DUI on your record or a rash on a place you really don’t want a rash.