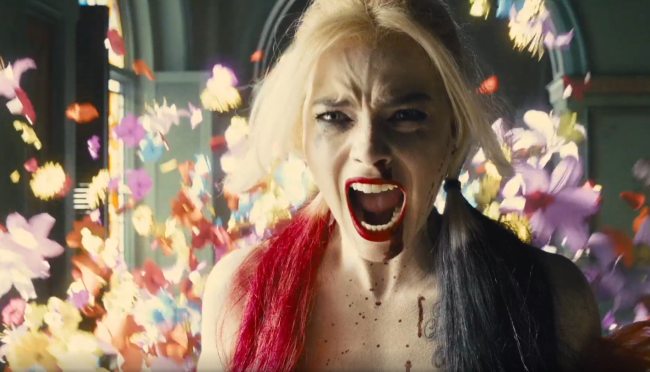 We truly are living in the golden age of television, aren’t we? There are more good shows and movies available now than ever before in history. And it’s all thanks to our favorite online streaming services.

Speaking of our favorite online streaming services, here’s what’s new for the month of August 2021 on HBO and HBO Max.

August also brings action thriller Reminiscence starring Hugh Jackman, Rebecca Ferguson and Thandiwe Newton. Nick Bannister (Jackman), a private investigator of the mind, navigates the darkly alluring world of the past by helping his clients access lost memories. Living on the fringes of the sunken Miami coast, his life is forever changed when he takes on a new client, Mae (Ferguson). A simple matter of lost and found becomes a dangerous obsession.

In addition to The Suicide Squad, HBO Max delivers even more DC Universe content with season three of the popular superhero series Titans. This month also brings the documentary Obama: In Pursuit of a More Perfect Union, the premiere of the streetwear competition series The Hype, the new unscripted series from Issa Rae Sweet Life: Los Angeles, and season two of The Other Two, which makes its transition from Comedy Central to HBO Max with all new episodes.

HBO Sports and NFL Films’ sports reality series Hard Knocks: The Dallas Cowboys also debuts in the month, with an all-access look at what it takes to make it in the National Football League. The weekly companion Hard Knocks Podcast, hosted by NFL Network’s Good Morning Football co-host Peter Schrager, will present a new edition for five consecutive weeks and take fans behind the scenes breaking down each episode with former players, analysts, and people on the ground at the Dallas Cowboys training camp.

A-list films including the Jurassic Park trilogy, Inception, Malcolm X, Constantine, The Great Gatsby and The Shawshank Redemption also all debut in the month.

August 2
Small Town News: KPVM Pahrump, Documentary Series Finale (HBO)
This six-part, half-hour documentary series pulls back the curtain on life at a privately owned TV station in the small desert town of Pahrump, Nevada, revealing a colorful cast of characters in front of and behind the cameras.

August 12
The Hype, Max Original Series Premiere
FBOY Island, Max Original Season Finale
FBOY Island The Podcast is the aftershow for the hottest new dating show on HBO Max, FBOY Island. Join Hosts Jared Goldstein and Danielle Perez, along with some very special guests, to break down all the behind the scenes drama of each episode’s wildest and steamiest moments.

Titans, Max Original Season 3 Premiere
Titans follows young heroes from across the DC Universe as they come of age and find where they belong. In season three, circumstances draw our heroes to Gotham City, where they will reunite with old friends and face new threats.

Marlon Wayans: You Know What It Is, Max Original Special Premiere
Marlon digs deeper to explore other fears as well, such as raising a daughter, dealing with a rebellious teenage son, and probably his greatest fear, the realization that his bad decisions are what tore his family apart. Marlon’s journey towards self-awareness can be encapsulated in the simple phrase… “You know what it is.”

Sweet Life: Los Angeles, Max Original Series Premiere
Sweet Life: Los Angeles, from Emmy and Golden Globe nominee Issa Rae, gives an honest and unique look into what it means to be young, Black, and in constant pursuit of one’s dreams in the heart of South Los Angeles. The series follows a group of ambitious childhood friends showcasing their relatable, authentic and sometimes stumbling mid-20s moments as they embrace the joy and struggles of adulthood, navigating love and family, and building their careers as tastemakers in the city where they grew up.

August 26
The Other Two, Max Original Season 2 Premiere
With their pop star brother, ChaseDreams (Case Walker), officially entering retirement at the ripe old age of fourteen, Brooke and Cary (Heléne Yorke and Drew Tarver) must now contend with a new famous family member: their 53-year-old mother Pat (Molly Shannon), and her eponymous daytime talk show. Humiliated at being The Other Two yet again, they double down and make it their mission not to be.

August 5
The Windsors: Inside the Royal Dynasty, 2019