Ever Wonder Why Arizona Iced Tea Is So Cheap? Here’s How The Company Keeps The Price At 99 Cents A Can 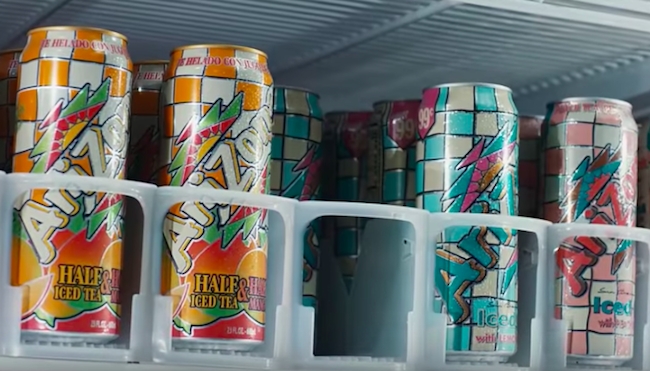 Ben Franklin once famously said the only things in life that are certain are death and taxes, but if he was alive today, I think there’s one more item he could have added to that list: cans of Arizona Iced Tea selling for 99 cents a pop (although, as Atlanta taught us, there are some rare exceptions).

I’ve taken the criminally low price of Arizona for granted since I was a broke college kid in search of some cheap refreshment (or the perfect mixer for a John Daly), but if you’re like me, you’ve never actually stopped to wonder exactly how the company manages to make any money by peddling its wares for as cheap as it does.

MarketWatch recently decided to do some digging in order to figure out the answer to this eternal mystery by taking a look at the economics behind Arizona, which began as a small company operating out of a warehouse in Brooklyn in the 1990s before transforming into an absolute force to be reckoned with on a global scale.

The outlet spoke with a creative director for the brand, who said the profit margin on a single can is fairly low, and as a result, Arizona relies on sheer volume to rake in cash (they sell over one billion cans per year and produce 15,000 of them per minute).

Arizona has also cut down on the amount of aluminum they use by 40% since they were first founded. Additionally, they eschew traditional marketing in favor of relying on social media campaigns and brand recognition, which also helps them keep the price as low as it is.

Never change, Arizona. Please, for all of our sakes, never change.