Directors Of ‘Avengers: Infinity War’ Explain Their Choice To Leave Captain Marvel Out Of The Movie 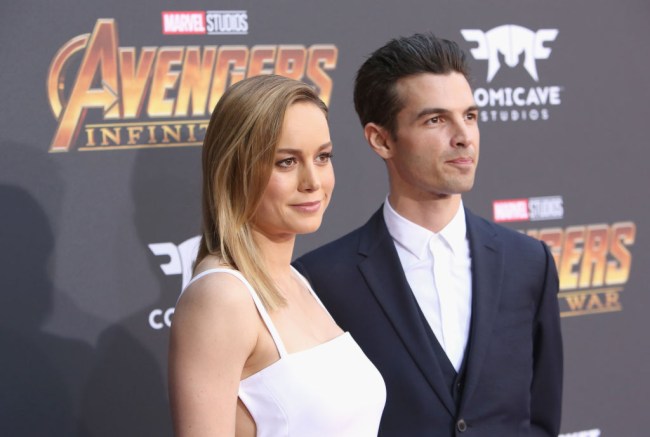 There are some Avengers: Infinity War spoilers ahead. So, if you haven’t seen the movie yet then you might want to leave now. You might want to also rethink your choice to click on articles about the film’s directors leaving characters out the movie but that’s just my two cents.

Moving on…. In the post-credits scene of Avengers: Infinity War we saw Nick Fury, played by Samuel L. Jackson, pull out an old school pager-looking device to send a message and the last thing we saw was Captain Marvel’s symbol on the pager as Nick Fury wasted away from Thanos’ use of the Infinity Stones.

If you’re like me, you were having trouble processing what the hell just happened after seeing half of your favorite Marvel Cinematic Univesity (MCU) movie characters disappear. It was hard for me to understand the impact of seeing Captain Marvel’s symbol pop up until I got home and started reading about Captain Marvel film theories and theories for the untitled 4th Avengers film that will be released next Summer. But, Captain Marvel was noticeably missing from this film as that character is set to be the most powerful superhero we’ve seen thus far in the MCU.

Infinity War co-directors and brothers Anthony Russo and Joe Russo recently went on the Happy Sad Confused podcast and they explained their conscious decision to leave Brie Larson’s Captain Marvel character out of the movie:

“We want to save her reveal,” Joe said. “We also wanted to, it was very important to us to commit…we wanted to commit to this ending very hard. We didn’t want to go past the ending very much,” Anthony stated.
Joe continued, “We considered not doing any tags. Then we thought maybe it was too brutal. Everything’s about trying to find balance.” Anthony added, “She will be a part of the MCU at that point. And part of the promise of these movies is that they are a road forward for all the films.” (via)

I think it’s safe to assume that we an all expect big things to come from Brie Larson’s Captain Marvel and her role in the 4th Avengers film next year will be pivotal. It appears as if they wanted to really create a moment to drive her importance home instead of just sliding her in the backdoor after Thanos wiped out half of the universe.