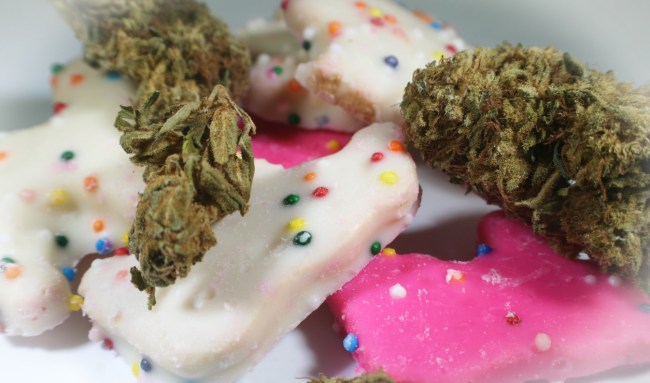 Any true marijuana aficionado knows that it’s important to stock up on a bunch of snack foods and a can or two of Arizona before altering their state of mind thanks to the phenomenon commonly referred to as “the munchies.” For some reason, smoking weed (or vaping or dabbing or whatever it is the cool kids are doing these days) makes people crave food for some unexplainable reason, but thanks to researchers at Washington State University, we might finally have some insight into why toking up makes you crave Taco Bell.

According to The Seattle Post-Intelligencer, a group of scientists at the school decided to get the world’s luckiest lab rats stoned in order to gain some insight into why weed makes you so hungry. The goal of the study was to figure out how to help people suffering from diseases or treatments that result in a loss of appetite and it looks like there’s finally a scientific explanation for why the munchies are a thing.

Jon Davis, who led the study, explained the motivation behind it, saying:

“We all know cannabis use affects appetite, but until recently we’ve actually understood very little about how or why. By studying exposure to cannabis plant matter, the most widely consumed form, we’re finding genetic and physiological events in the body that allow cannabis to turn eating behavior on or off.”

After pumping a small amount of smoke into a sealed enclosure the researchers discovered it caused a spike in ghrelin, which is also referred to as “the hunger hormone.” If you’ve ever accidentally eaten an entire bag of Cheetos and couldn’t figure out why you finally have the answer you’ve been craving.