Why Does Weed Smell Like A Skunk? Scientists Say They’ve Finally Cracked The Code 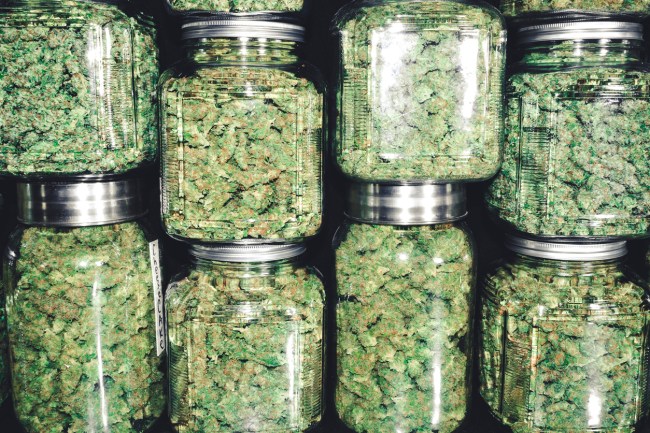 Thanks to the magic of modern science, it’s now easier than ever for marijuana aficionados to partake in a semi-discreet manner thanks to the various extracts that allow smokers to toke by vaping largely odorless cartridges containing all the requisite compounds to get you on the express train to Stonedville.

Of course, the legalization push and increased normalization of weed mean many Americans no longer have to worry about storing actual bud in a scent proof container or use a toilet paper roll and a dryer sheet to MacGyver up a way to cover up the skunky smell responsible for blowing up the spot of countless people over the years.

Despite all of those advancements, there was still one question with an answer that’s managed to elude scientists who’ve studied the drug: why does marijuana smell like a skunk in the first place? However, it appears that mystery has finally been solved.

According to Science Alert, a group of California-based researchers recently published a paper documenting their investigation into this particular issue. Based on their work, the primary culprit is a group of newly-discovered volatile sulfur compounds (VCSs) found inside the 13 different strains that were examined, with one dubbed “VSC3” being the most significant source of the odor.

While the VCSs in question are unique to the cannabis plant, they share structural similarities with the ones responsible for giving garlic its trademark pungency—which is especially intriguing because those compounds have been linked to improved cardiovascular health and may possess properties that help prevent cancer from forming.

The scientists are hoping to use the findings as a springboard for further studies into those potential health benefits, but you’re still more than free to tell yourself you’re actually doing yourself a favor by smoking weed until proven otherwise.