Those Inverted Circles On Milk Jugs Are Actually Very Important 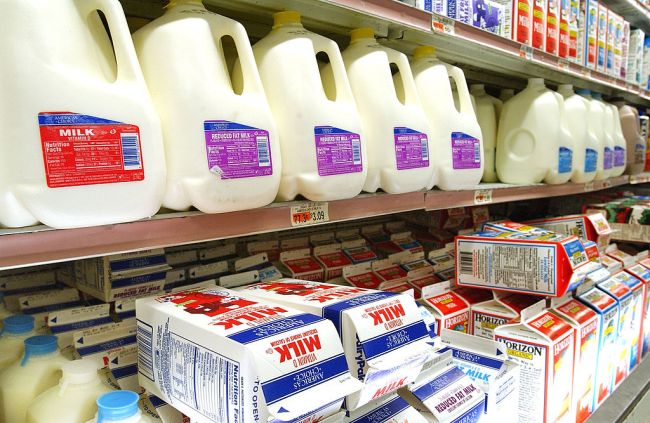 Even if you don’t drink milk, you know exactly what a milk jug looks like. When you think of a milk jug you immediately think of a plastic container with a convenient handle, a colored cap, and a label telling you what type of milk it is. All plastic gallons of milk also share something else in common, an inverted circle on one side of the container.

If you’re an avid milk drinker you’ve most definitely noticed the inverted circle, but likely never given it much thought as to why the circle is there. Well, it turns out that it’s actually an ingenious addition to the milk jug and serves a very important purpose: keeping the jug from exploding.

According to Distractify, the circle on the side of the milk jug provides structural integrity for accidental drops. If you’ve ever accidentally dropped a gallon of milk before and walked away without making a mess, you can thank the circle. The inverted circle actually warps outward when the jug hits the ground and expands to give the milk inside the jug a place to move.

While the circle prevents explosions when the jug is dropped, it also keeps the jug from exploding while it’s simply sitting in your fridge.

Milk expels gas over time, and more gas as it approaches its expiration date as you can tell by the sour smell the liquid gives off. With this expulsion of gas, pressure builds in the jug and the circle, again, expands allowing more space inside the jug as pressure builds. For anyone that has ever put a milk jug in the freezer, you’re able to do so without an explosion thanks to the inverted circle.

Who knew that a small, inverted circle that plenty of people may not even notice when they pick up a gallon of milk serves such an important purpose? You really do learn something new every day.