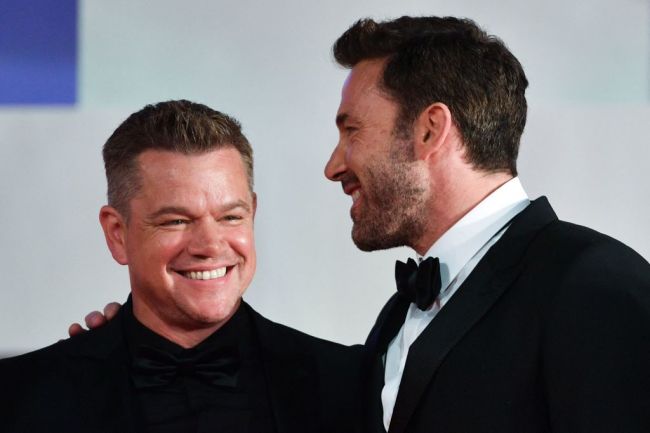 You would think that if you achieve early success in your career doing one particular thing, that you would then make it your bread and butter going forward. It’s why Barry Bond took steroids and why Liam Neeson starred in dozens of action movies after Taken: once you’re good at something, you may as well keep being good at it, or at least try. Hollywood stalwarts Ben Affleck and Matt Damon, though, did not take that approach.

As everyone knows by now, Affleck and Damon broke into Hollywood in the late 90s thanks to Good Will Hunting, the Academy Award-winning hit that the pair not only starred in but wrote themselves. Being just 25 and 27-years-old, respectively, it was the type of victory that would usually suggest that the duo were on the verge of becoming a screenwriting force for years to come. Now, while that was sort of true — both Affleck and Damon have been mainstay Hollywood A-listers ever since — it’s been due to their work in front of the camera as actors, not off-camera as writers.

Finally, close to 25 years after taking home the Oscar for Best Original Screenplay, Affleck and Damon are sharing co-writing credits again as the pair penned Ridley Scott’s The Last Duel alongside Nicole Holofcener.

But why did it take so long for the pair to reunite as screenwriters following their remarkable early-career success? Because the process of writing Good Will Hunting was so arduous that they virtually shuddered at the thought of undertaking the task of writing a movie again.

“I would attribute a lot of it to the fact that Good Will Hunting took us so long to write because we didn’t really know what we were doing. We had no deadline; it’s not like anyone was waiting for it. We were unemployed. We hadn’t ever taken a class on how to structure a screenplay, so structure was definitely not our strong suit,” Damon told Entertainment Weekly.

“What we really understood were the characters, so we ended up writing thousands of pages of scenes where we’d just make up a scene idea. We’d write that scene and then we crammed it all together into something that looked like a screenplay. Both of us thought it would be so consuming to write together again, we just didn’t bother.”

It just goes to show that even when you’re a supremely talented Hollywood icon, guys will remain dudes: “Oh, this was a pain in the ass two decades ago? Well screw that, then.”

The Last Duel, which currently holds a respectable 69% critics score on Rotten Tomatoes following its debut at the Venice Film Festival, will hit theaters in the United States on October 15.