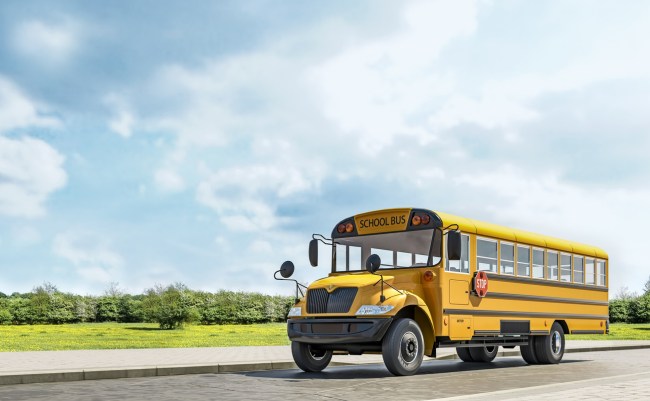 You’ll spend roughly 2,100 days in public school during your academic life, and a vast majority of those days you likely took a bus to school. In all of those times that you boarded the school bus, did you ever ask: “What are the black rails on the side of a school bus for?” There is actually a critical reason for the three black rails on a school bus – and it could save a life.

The three black stripes on the side of yellow school buses aren’t for design. There is a vital purpose to the rails. First, the “rub rails” provide protection for the bus in case of a collision with another vehicle. The rails provide a bumper and add strength to the thin sheet metal sides of the bus.

There is a second purpose of the three rails, specifically having to do with the location of the lines.

A YouTube and TikTok personality by the name of ClawBoss is a school bus driver in New Jersey who posts videos about his occupation. He answers questions such as: “What does the red button at the back of the bus do?” and “How often do drivers clean the bus?” and “Why do some buses have black hoods?”

One of his informative videos posted earlier this month asked: “What are the black lines on the side of a school bus for?” The video, which has nearly two million views on YouTube, explains the vital role that these rails provide.

The rails are purposely placed in three locations on the side of the bus. The bottom rail is at the floor line, the middle line represents the bottom of the seats, and the top stripe indicates where the top of the seat is.

The state of Delaware confirms the locations of the rub rails.

“There shall be three rub rails on each side of the bus. One shall be located at or no more than 8 inches above the seat cushion level. The second shall be just below the window line. The third shall be located 10 inches or less above the floor line. This rub rail shall cover the same longitudinal span as the upper rub rails except at the wheel housing. All rub rails shall extend the length of the left side and on the right side from the rear side of the entrance door to the rear of the bus.”

The location of the stripes provides critical information in the event of a crash, and lets firefighters and first responders know where they have to cut into the bus to rescue children during an emergency, according to ClawBoss.

From a firefighting forum:

“They also tend to be placed on strong points on the bus. Especially the one at floor level which is the strongest point on the bus. It is a decent landmark for you when you need to cut into a bus to give you some idea as to where you will have the most difficulty in gaining access.”

ClawBoss said one of the rails costs $3,000, but adds the disclaimer: “Don’t quote me.”

Now you know what the purpose of the three black stripes are on the sides of buses, and knowing is half the battle.