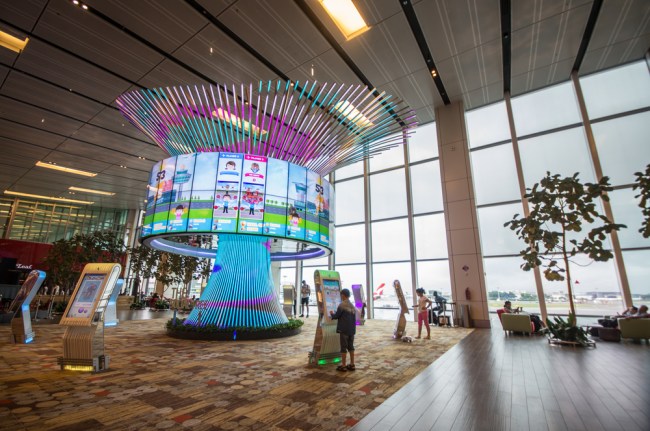 If you mostly travel within the United States then the idea of an airport being nice or luxurious is a completely foreign thought. Last year, the #1 rated airport in America was Cincinnati which is really only okay at best. I might be biased against this airport because the last time I was there my girlfriend at the time had fainted on the flight after we were drinking until 4am the night before in NYC and when we arrived in Cincy we were greeted by paramedics who took us off the plane and into an ambulance on the tarmac. But, the airport itself is really just okay.

There are some awesome international terminals within American airports that are amazing. I’m a big fan of Terminal 5 at JFK and the all-new United international terminal at Newark is incredible even though Newark as a whole is one of the worst airports in America…But these are just tiny diamonds in the rough. Singapore’s Changi Airport has been named ‘World’s Best Airport’ SIX years in a row. This short clip explores this over-the-top airport and explains why this is truly the greatest airport around:

There used to be a swimming pool with a glorious tiki bar at the Tampa airport which I looked for last year and it appears to have been converted into a hotel lounge bar…Not cool. That was always the best way to throw back a few cold ones if you ever got hit with a terribly long delay in Tampa and now the best they’re offering is a P.F. Chang’s, Delta Sky Lounge, and free Wi-Fi (which is actually pretty great). I can’t imagine the peace of mind you’d get from flying in and out of Changi Airport if you lived in Singapore and this was your home airport.