60 Acre Wildfire Started When Man Tries Burning A Spider With A Lighter: Police 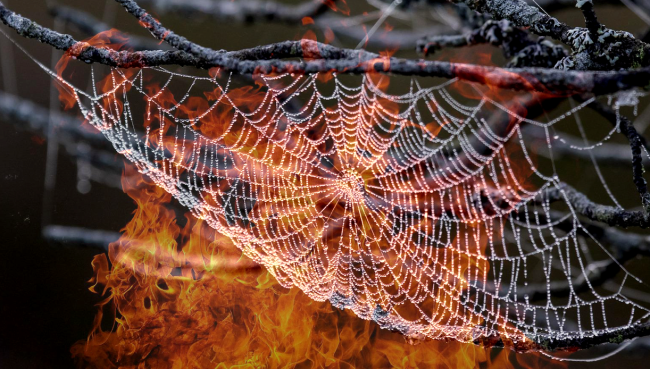 While it is certainly understandable for someone to want to kill a spider with fire, one man in Springville, Utah, according to authorities, recently went a little too far.

26-year-old Draper, Utah resident Cory Allan Martin was arrested by the Utah County Sheriff’s Office after allegedly causing a wildfire that spread to 60 acres near the border of Provo and Springville.

Martin, according to court documents, admitted that he started the fire by accident when he found a spider and tried to light it on fire with his lighter. In the process of trying to burn the spider, the surrounding brush caught fire and quickly spread.

“Really without much prompting, he just said, ‘Yeah, I was up there, I had a lighter and I was trying to burn [and] kill a spider, and brush around it caught fire,'” said Sgt. Spencer Cannon with the Utah County Sheriff’s Office.

Officers also reported finding marijuana and paraphernalia in his possession at the time of his arrest.

The fire Martin started while trying to kill a spider spread so far and wide that helicopters and air tankers had to be called in to the area to try and contain it.

“Fairly unique in my experience over the years for human-caused incidents,” said Suzie Tenhagen, the public information officer for the Uintah-Wasatch-Cache National Forest. “Firefighters are working to check for those hotspots to make sure that the fire isn’t going to flare up and get outside of its perimeter.”

“Not sure exactly why he felt the need to need to have to burn the spider but you know, all the regret in the world doesn’t change the outcome based on whatever reason there was for him doing that, said Sgt. Cannon.

A man using a torch to remove cobwebs from underneath his mother’s home when he set it ablaze in 2020.

Another man, in 2018, trying to kill black widow spiders with a blowtorch set his parents house on fire.

In 2015, a man lit his car and a gas pump on fire while he was filling up his car at a gas station.