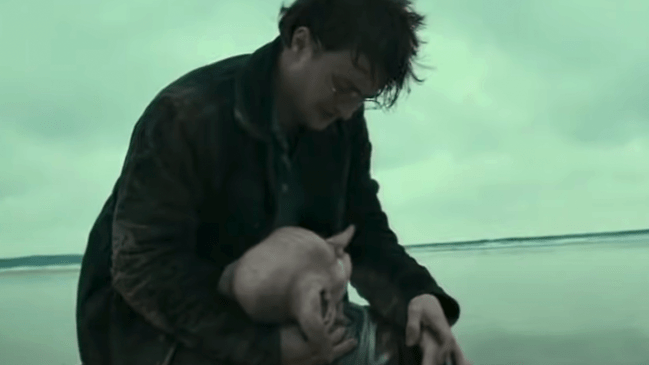 In the late 1990s, Harry Potter and the Sorcerer’s Stone became the literary sensation of a generation after taking the world by storm and kicking off a series that ultimately spawned seven books chronicling the adventures of its titular character and the other witches and wizards engaged in a fierce war for supremacy in the world of magic.

It’s hard to appreciate just how big the Harry Potter franchise was unless you remember the days when rabid (and usually costumed) fans would spend hours waiting in line for the midnight release of the latest installment. Its immense popularity made it an obvious candidate for the big screen, and the movie adaptation of the first was released in 2001 before Harry Potter and the Deathly Hallows: Part 2 wrapped up the story in 2011.

I think most Harry Potter fans would agree that the first film in the two-part finale contains one of the most emotional scenes in the franchise, which occurs when Dobby (the house elf previously enslaved by the Malfoys) dies after saving Harry and his friends from Bellatrix Lestrange and Voldemort’s Death Eaters.

The scene in question was filmed on a beach in Wales—and now, officials tasked with maintaining the area have been forced to ask Harry Potter fans to take it down a notch.

Much like Disney Adults took Peter Pan’s “I Won’t Grow Up” ethos a bit too seriously, anyone who spends enough time online knows there are plenty of people raised on the Harry Potter franchise who’ve had some trouble moving onto to literally anything else.

That includes the many who’ve made the pilgrimage to Freshwater West, the aforementioned beach on the coast of Wales where fans have flocked to pay their respects at a shrine erected for a fictional CGI elf who died in a movie that was released 12 years ago.

According to The Guardian, the National Trust (which serves as the beach’s caretaker) recently weighed the possibility of removing the shrine thanks to the risk the socks, painted rocks, and other items left at Dobby’s symbolic gravesite poised to local wildlife.

After gathering and examining feedback from the public, officials opted to allow the shrine to remain, but it has asked all visitors to adopt the Burning Man Mentality by refraining from leaving any trace of their visit behind.

After a consultation with the public, National Trust Cymru say Dobby's grave can stay on Pembrokeshire's Freshwater West. But they're asking visitors to leave no trace after paint chips and socks have been damaging the natural environment here. pic.twitter.com/Ydea3WRmqr

This is a valuable reminder to all that if your methods of honoring a dead fictional character could kill a real, actual living being, you might want to reconsider your approach.