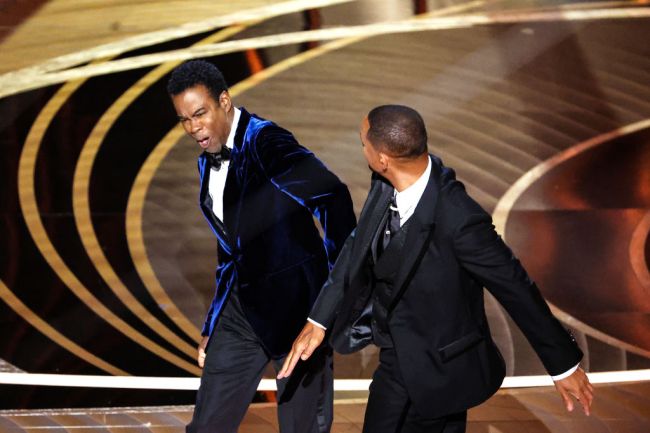 Will Smith slapped Chris Rock on live television for making a joke about his wife Jada Pinkett-Smith on Sunday.

While presenting an award, Rock mocked Pinket-Smith’s bald look by joking that she could star in G.I. Jane 2. Will Smith took offense to the joke and slapped Rock in the face,

Smith went on to win the Best Actor Oscar for his role King Richard and appeared to address the altercation during his acceptance speech.

I’m being called on in my life to love people and to protect people, and to be a river to my people.

He tearfully added that “love makes you do crazy things.”

Will apologised to the Academy during his speech, adding: “I hope the Academy invites me back”.

Smith concluded his speech by saying “love makes you do crazy things.”

Will Smith “Love with make you do crazy things” pic.twitter.com/kPMewCpdNd