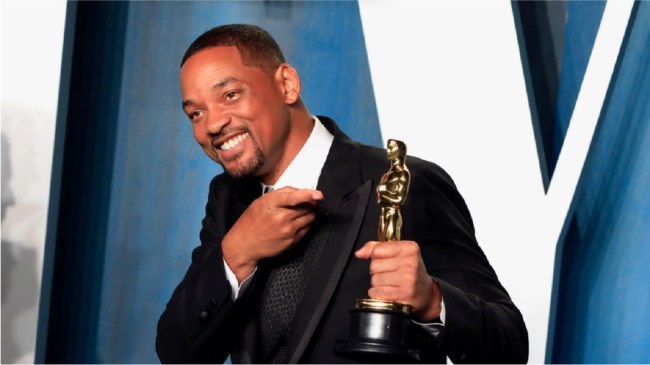 We’re beginning to learn more about The Academy’s response to Will Smith’s now infamous slap.

According to The Hollywood Reporter, Smith refused to leave the theater when members of The Academy asked him to leave for slapping Chris Rock during the ceremony.

In their statement, the Academy also said “Mr. Smith was asked to leave the ceremony and refused, [but] we also recognize we could have handled the situation differently.” The Hollywood Reporter has reached out to Smith for comment. The Academy also apologized directly to Rock in the statement, as well as nominees, guests and viewers.

Scott Feinberg of THR is reporting that The Academy is now considering suspending Smith’s membership, and many within the organization felt Smith should not return next year to present the best actor nomination.

The officers of the organization’s board of governors had an emergency meeting a day later, and the full board met on Wednesday to discuss the incident. THR‘s awards columnist Scott Feinberg spoke to numerous members after the event, who felt that the organization should at the very least suspend his membership, citing the Standards of Conduct that the Academy implemented eight weeks after Harvey Weinstein’s sexual misdeeds were exposed. And almost none felt he should be back at the ceremony next year to carry out the ceremonial tradition whereby the previous year’s best actor presents the best actress award.