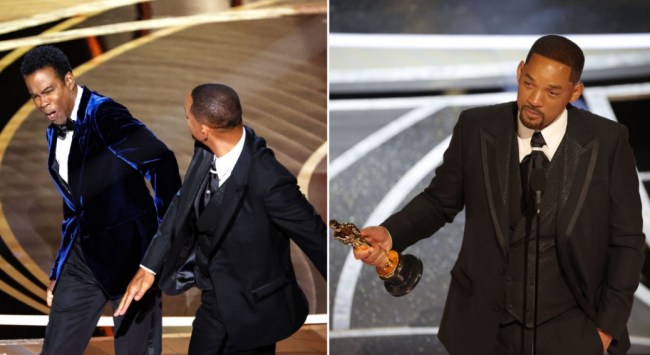 Will Smith won his first career ‘Best Actor’ Oscar on Sunday night but his win might be short-lived.

On Sunday, Smith publicly slapped Chris Rock on stage for making a joke about his wife Jada Pinkett-Smith during the Oscar’s ceremony.

Back in 2017, the Academy issued a set of guidelines called the “Standards of Conduct” that could lead to lose of membership if their rules are broken.

“In addition to achieving excellence in the field of motion picture arts and sciences, members must also behave ethically by upholding the Academy’s values of respect for human dignity, inclusion, and a supportive environment that fosters creativity. “

“There is no place in the Academy for people who abuse their status, power or influence in a manner that violates recognized standards of decency. The Academy is categorically opposed to any form of abuse, harassment or discrimination on the basis of gender, sexual orientation, race, ethnicity, disability, age, religion, or nationality. The Board of Governors believes that these standards are essential to the Academy’s mission and reflective of our values.”

A Hollywood source told the NY Post that they weren’t sure what was going to happen next but The Academy was not happy with the situation.

One highly placed Hollywood source told The Post after the incident: “It’s basically assault. Everyone was just so shocked in the room, it was so uncomfortable.”

“I think Will would not want to give his Oscar back, but who knows what will happen now.”

The Acadamy issued a statement following the incident.

The Academy does not condone violence of any form.

Tonight we are delighted to celebrate our 94th Academy Awards winners, who deserve this moment of recognition from their peers and movie lovers around the world.