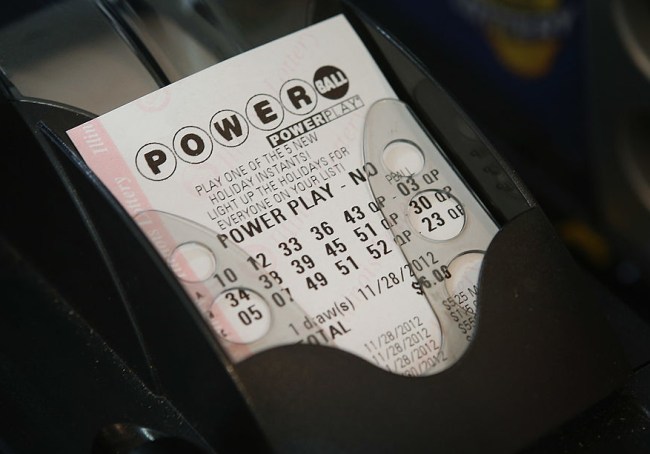 If you ever win the lottery, don’t tell your friends. Collect your money and do with it what you choose. Give to charities, buy a better home, become a vegan just because you can, and, yeah, maybe give some nicer birthday presents to your pals and hope they don’t ask questions.

However, never, ever give half of your winnings to a buddy who had no hand in purchasing the ticket—even if you may have promised to do exactly that 28 years before you actually won.

Sadly, that last piece of what may seem like oddly specific advice isn’t going to help $22 million jackpot winner Thomas Cook. In 1992—shortly after Powerball first arrived in Wisconsin—he shook hands with his friend Joseph Feeney after they both promised that they’d give have of their prize money to the other man if they ever won the lottery. What a sham. That’s a fine comment to make in the exciting, hopeful moment they shared in 1992 but there’s no chance either of them thought they would ever actually win. I don’t know how old Cook is but he could definitely pull off the memory loss excuse and should’ve done exactly that as soon as he learned he won.

I’m just kidding. Friendship is a wonderful thing. You can’t put a price on that. You definitely cannot say that a friendship is worth the $5.7 million that Cook gave up after taxes so Feeny could get what was rightfully (but not legally) his. Now, they get to take their wives on a road trip together. That sounds fun. It also sounds like something you probably could have done that before winning the lottery.

Both guys say they don’t have any other big plans for the cash, and honestly, they probably shouldn’t if history is any indication. There are so many horror stories about people getting a life-changing amount of money who have their lives changed for all of the wrong reasons, like a couple in Key West that drove a party bus to claim their $7 million, quit their jobs, lived in a hotel for a couple of months, and then realized they’d already blown through their first annual payment.

I’m not sure why anyone would want to live in a hotel for two months, but regardless, if you win the lottery, be less like them and more like these two fishing buddies.