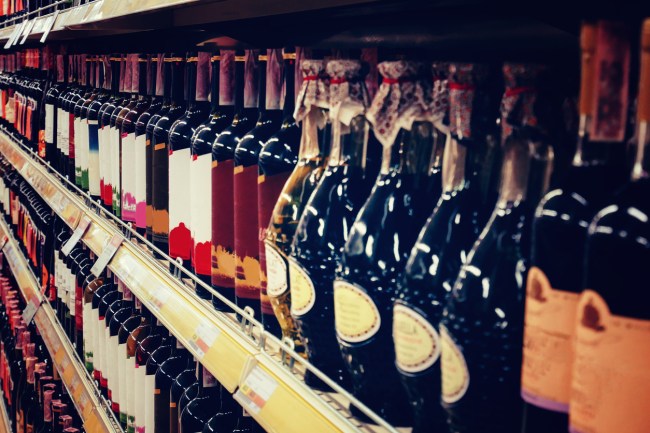 How far are you in to your COVID-19 lockdown melancholy? You’re likely fairing better than this woman who went berserk at an Aldi grocery store and smashed hundreds of bottles of alcohol.

We take you to Hertfordshire, U.K., where a woman went on an absolute rampage at Aldi on Wednesday. She is caught on video calmly destroying the liquor aisle, eerily not saying a word during the destruction that reportedly lasted five minutes before she was finally confronted. At one point she allegedly slipped and cut her hand on the glass shards.

When one shopper told the woman to stop smashing bottles, she threw a bottle of gin at him, which hit him in the leg. The carnage is vast as the entire floor is covered with shattered glass from bottles of alcohol.

TRIGGER WARNING: The following video may be upsetting to alcoholics.

Bizarre moment a shopper smashes hundreds of bottles of booze in Aldi pic.twitter.com/lNaMhRMDKD

British TV announcer Lee Clark was at the grocery store when the woman started her one-person prohibition movement.

“She must have smashed well over 500 bottles. It was shocking and started getting incredibly dangerous,” Clark said. “She didn’t say a word the whole time and had a very vacant look on her face.”

A spokesperson for the Hertfordshire Police said, “Police were called at around 2:30 pm on Wednesday 25 November to report an incident at the Aldi supermarket in Fairlands Way, Stevenage. Officers attended and a woman was arrested. She was taken to hospital for treatment to injuries to her hands and is now in police custody.”

Luckily this frenzied attack happened at an Aldi, so the total amount of alcohol obliterated is probably worth $72.