H.S. Football Players Saves His Neighbor’s Life By Lifting A Dang Car Off The Guy’s Chest! 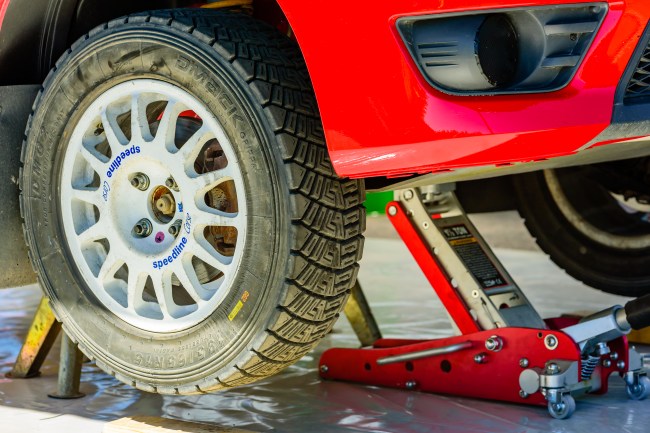 When I was a sophomore in High School I weighed 125-pounds on a good day. Things I would never in a million years have been capable of include ‘lifting a car off another man’s chest and saving his life’ but they say adrenaline pushes the human body to its limits.

A 16-year-old Sophomore/football player from Clear Fork High School in Bellville, Ohio is being called a hero, and rightfully so. He saved his neighbor’s life last weekend when the neighbor’s car slipped off the carjack and was resting on his chest.

Paramedics would later say that the man would’ve died if Zac Clark didn’t rush to his rescue and lift the vehicle enough so the man could slide out.

Here’s the rundown from USA Today:

Clark was outside with his mother, Lora, working in her flower beds. He noticed his neighbor working under his Volkswagen. Clark then heard a loud bang and screams from his neighbor’s wife. The car had slipped off the jack stand and was crushing the man’s chest.

“I turned around and saw him struggling,” Clark said. “Instincts kicked in, and I just ran over there, and I just thought I had to get the car off him.

“I did get it off him a little bit, and his wife and my mom pulled him out from under it. Next thing you know, he got rushed to the hospital. It was crazy.”

Clark’s neighbor is now home, resting comfortably. Doctors later told him he would have died had Clark not been there. (via)

Zac Clark said he’s ‘always wanted to be a fireman’ and in this instance, he ran towards the emergency which is a characteristic that’s going to take this young bro a long way in life.

He told USA Today: “The first thing that came to my mind was to get over there, do what I can do and do anything I can to help. … But it is all about people helping people. The adrenaline kicked in, I got the car up a little bit and we got him out.”

If he wasn’t 16 I’d totally offer to Venmo this dude enough money to buy him a beer.

Minutes after the incident, Zac’s football coach received a call about the incident. Which, to be fair, is a little strange. But Zac’s coach had some very kind words to say about his player: “We have a young man here on our football team that exemplifies everything you talk about as a football coach. You always want players with courage and strength and does the right thing and doesn’t hesitate when you are called to duty. He did all those things.”

According to the article, Zac’s ‘built like a tank with a ton of natural strength’ and is far beyond the build of a typical H.S. Sophomore. Which makes perfect sense considering this dude lifted a damn car off his neighbor to save his life.

For a full rundown of this incredible story, you can click here to visit USA Today.