The 20 Greatest Video Game Weapons of All Time 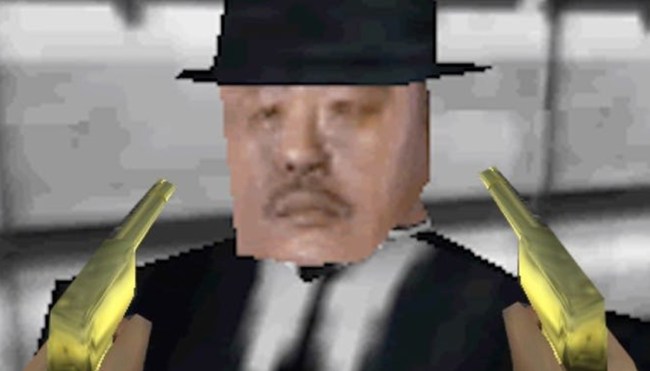 Despite what the pearl-clutchers of the world would like you to believe, there is no evidence that violence in video games has any tangible link to similarly disturbing incidents in the real world.

With that said, developers have dreamed up countless ways to allow gamers to wreak havoc in virtual worlds over the years with the help of an equally endless assortment of weapons they’ve put a the disposal of players—like these ones that have stood the test of time better than any others. 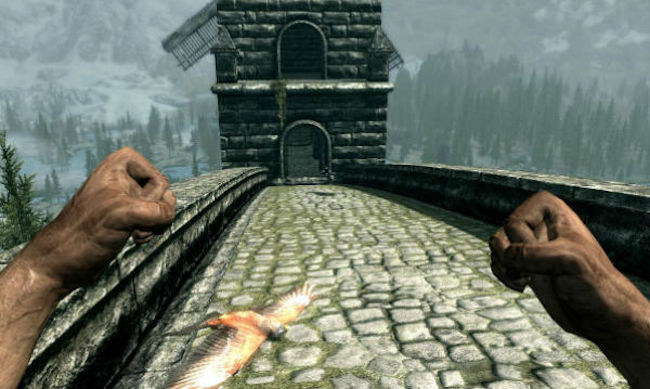 There are so many games where you can beat people down with your bare hands, and it’s quite satisfying every time. Nothing more badass than besting your opponent using no weapon at all—just the one genetics gave you. 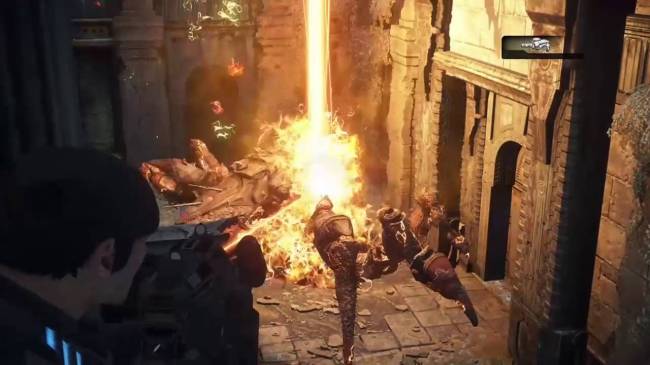 This particle beam that gets shot down from an orbital satellite is, in all senses of the word, a weapon of mass destruction.

With its ability to take down hordes of Locusts, huge monsters, and anything in its path, the Hammer of Dawn might be one of the most powerful weapons in any game… ever. 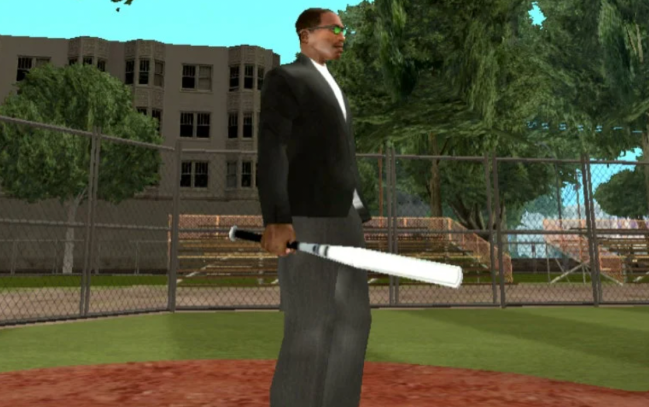 When fists aren’t satisfying enough, there was always the go-to baseball bat in the GTA series. I don’t know why I liked it so much. I just felt like such a boss beating someone down with a bat, and I guess because I’m the furthest from a thug in real life it was cool for the role-playing. 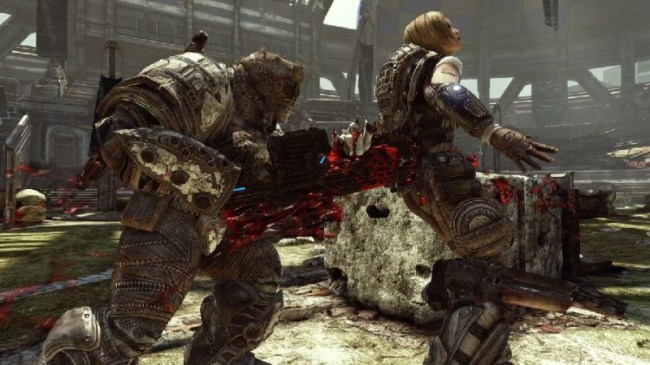 An assault rifle with a chainsaw on the end? Sounds genius—and that it was.

I used to hate using the Lancer for any reason other than to slice a Locust in half. The assault rifle part of the gun was the most boring and simple to use, but boy was that chainsaw fun. 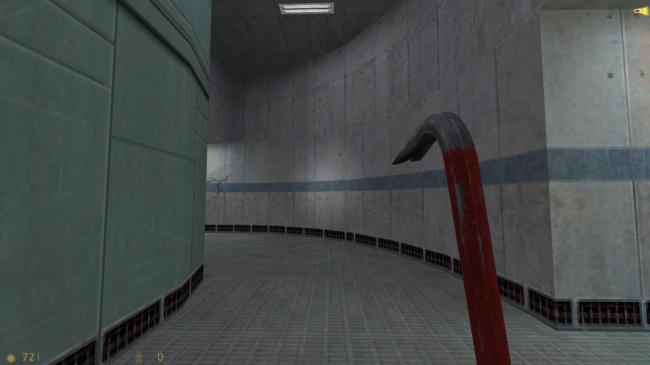 Probably a bit more simple than the baseball bat from the GTA series (and a lot less powerful) the crowbar was a fun way to maul your foes in Half-Life 2.

I liked the fact that it was in first-person as well. It really gave a good view of the beat-down you were putting out. 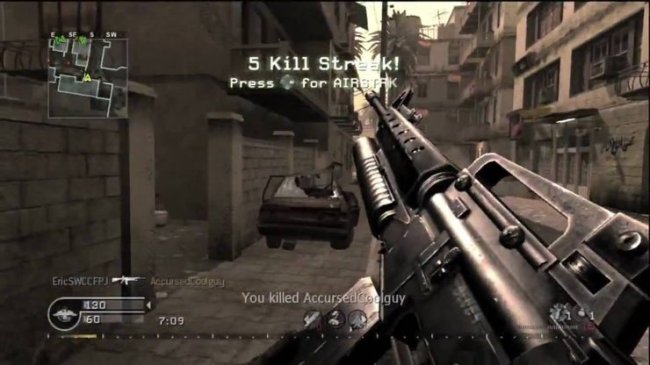 If there was ever a gun I unlocked every single camouflage for in the Call of Duty series, it was the M16. One correctly aimed shot of this 3-round-burst beast and your enemy was done.

Whether it was online or in story mode, this was probably the most used weapon in the game (and for good reason). 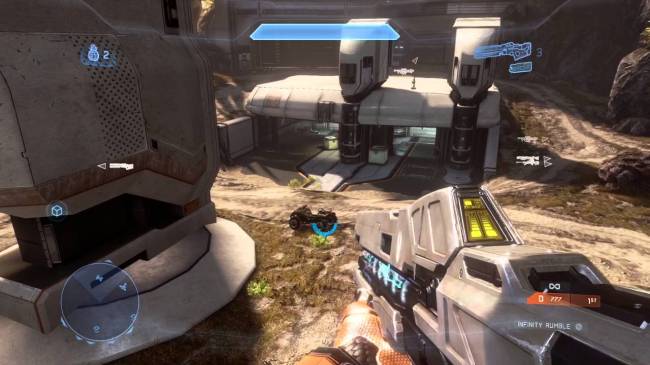 I thought this was always such a cool concept: A charged particle gun that fired one shot to kill your opponent.

The only problem was that it took so long to reload that if you missed the shot, you were more than likely dead. I guess the difficulty and risk of using it was what made railgun kills so satisfying. 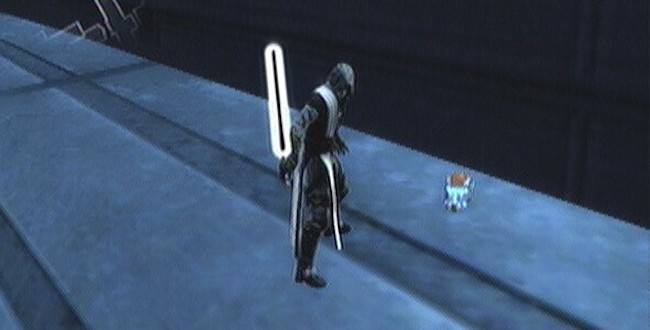 This sword was no more powerful or quicker than any other in the game. But it was menacing. That alone is worthy of being one of the coolest weapons in video game history. 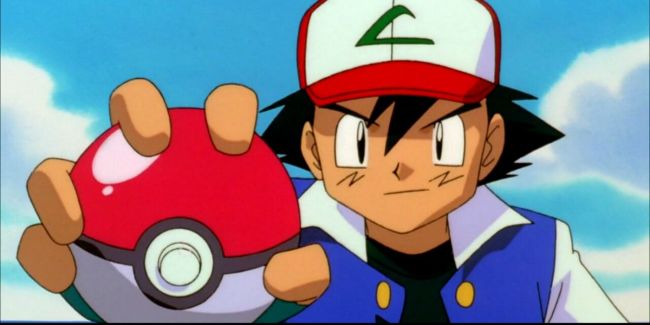 I’m not 100% sure if this counts as a weapon, but why not? You threw them to capture an enemy, and since Pokemon was the biggest game of my generation, I threw a lot of ‘em.

You also can talk about Pokeball without mentioning the Master Ball that had a 100% success rate. What other weapons did you know that were guaranteed to work every time? 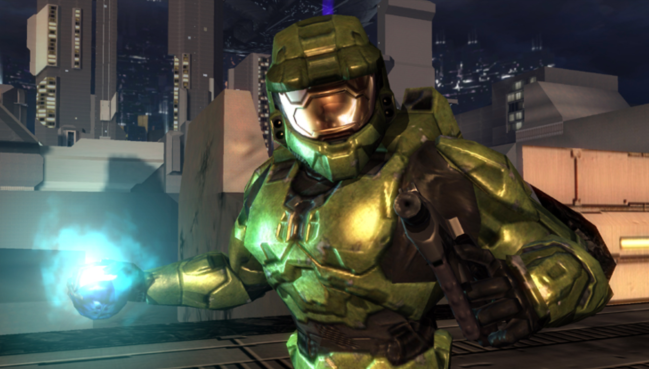 Stickies were the go-to grenade in the Halo series, but if you were trying to kill an enemy, blow up a vehicle, or just make some space for Master Chief to get through, the plasma grenade was reliable.

My favorite was to stick one to an enemy in the middle of the group and watch the whole pack explode. 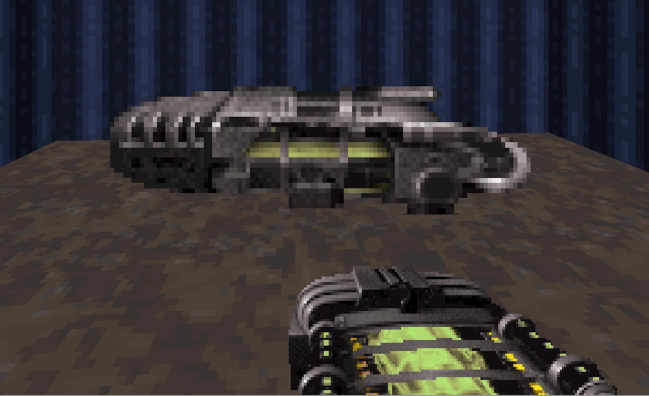 I think this one speaks for itself. This may be the only shrink ray I’ve ever seen in a video game and I wish there was more of them.

It was detailed to the point of hearing a *squish* when Nukem stepped on the shrunken enemies. 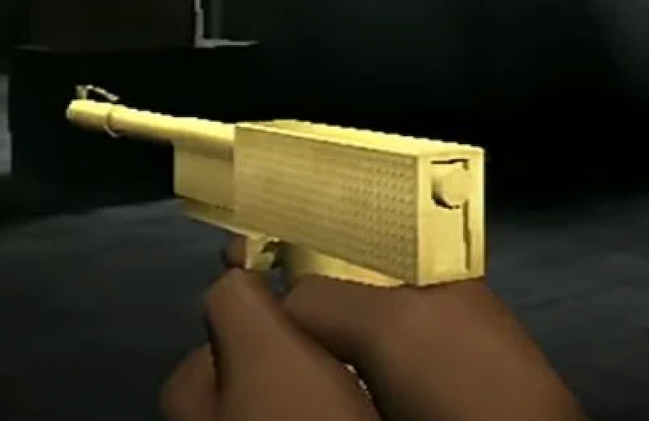 The classic gun of the N64 era. The mysterious “one-hit kill” pistol that drove the story in the best James Bond game ever created.

Once you picked up one of these in multiplayer, it was game over for everyone else in the room. 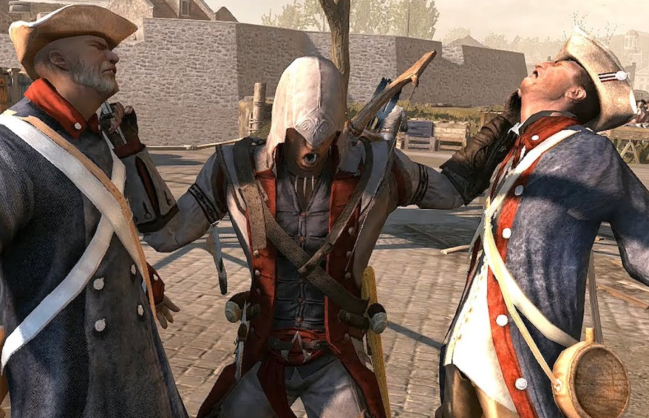 The blades given to every assassin in the series are probably the coolest weapon in the game in my opinion. They are sleek, quick, and oh so deadly. 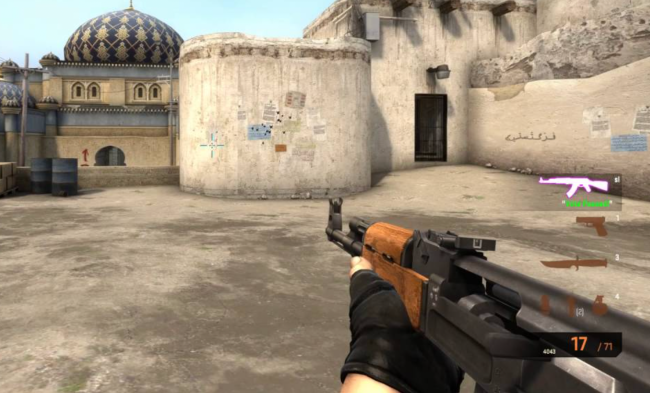 The terrorist weapon used most frequently in CS:GO is the AK—and for good reason. The spray may not be as accurate as the counterterrorist M4A1, but the one-hit headshot is a feature that makes it a force to be reckoned with.

I hate playing as a counterterrorist just because I know I’ll get one-hit a few times by the AK. 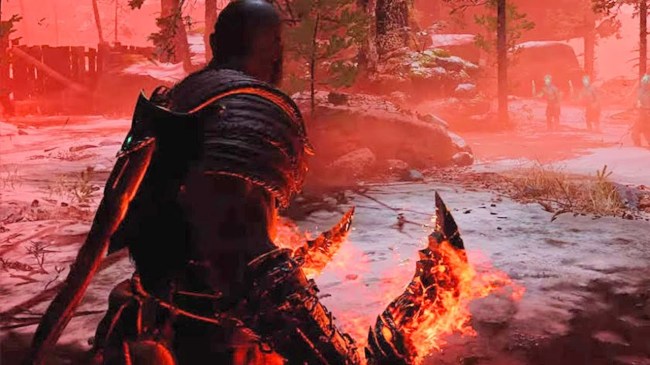 Cronus is a beast in his own right, and the same can be said for the blades he owns.

With crazy finishing moves, brutal cut scenes, and very good leveling-up capabilities, I can go through the entire game using just these and still have a great time. 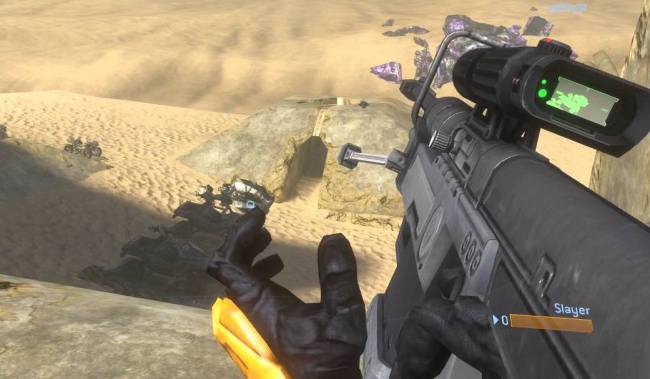 The Halo 3 sniper rifle was so much fun and so simple at the same time. It is hard to find a balance like that in games today. Normally the most fun weapons to use are really complex or unique, but not this one. Just aim at the head and fire. Easy kill. 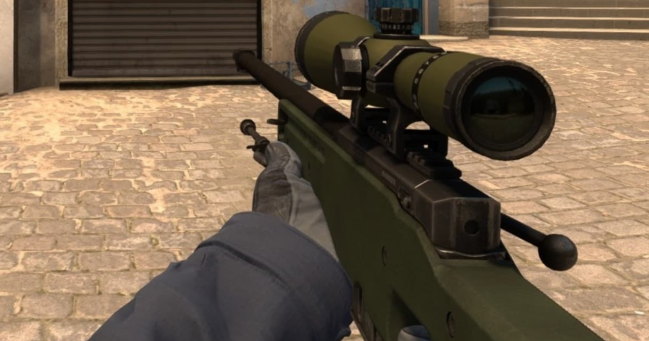 Another sniper in the top-five that is really fun to use:

If you can be accurate with it, the AWP is possibly the most efficient gun in all of video games, let alone Counterstrike. As long as you don’t hit the target in the foot, yo know they are going to die, and the double zoom allows you to see enemies from practically across the map. 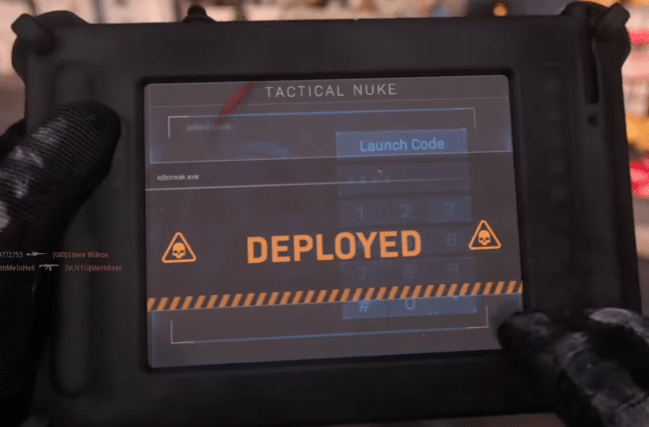 The nuke isn’t something that you can start out with and go around dropping on people.

Once you get 25 kills in a row, you gain the ability to drop a bomb, and it ends the game. That’s the most badass way to end a round of COD and reason enough to be in our top three. 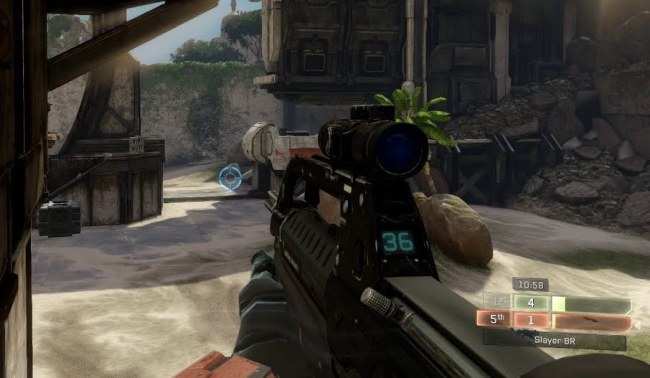 The Halo 2 and 3 battle rifles were simple to pick up yet difficult to master. Once you got the 4 shot down in Halo 3, or the double/quad shot down in Halo 2 you were virtually un-killable. I don’t even know how many times I have turned around on a kid with less than ¼ health and 4 shot them, completely embarrassing my enemy. 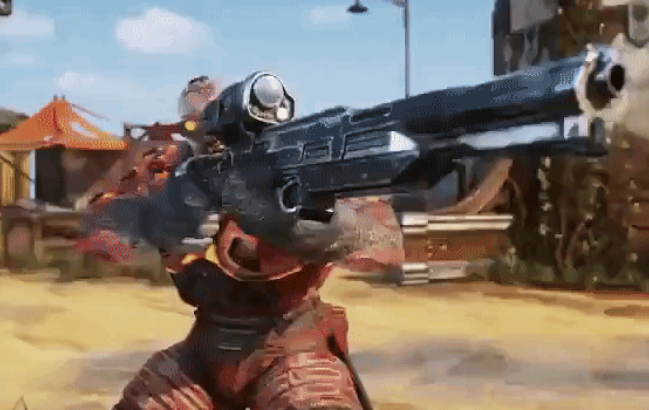 Not only my favorite sniper rifle ever, but hands down my favorite weapon in any game. Not only does it look futuristic and awesome, but when you shoot a locust in the head with it their face explodes!

That, right there, is the perfect amount of precision and gore.