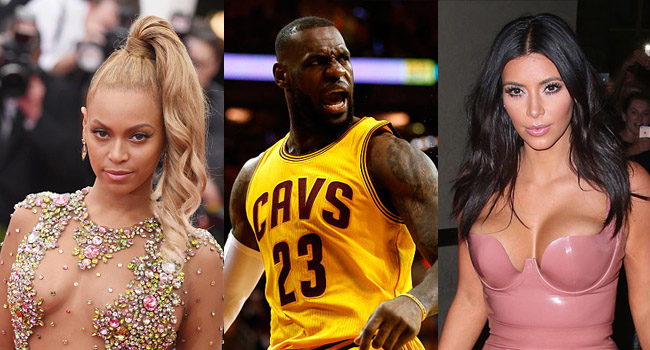 Quick, make your guess as to who Forbes says is the highest paid entertainer for 2017. Did you say Beyonce? How about Taylor Swift? She topped last year’s list at $170 million. What about maybe Kim Kardashian? Or perhaps it is someone from the world of sports like LeBron James?

Ready to make your guess? Okay. If you said any of those people I mentioned, or other possible candidates like J.K. Rowling, Drake, Cristiano Ronaldo, Justin Bieber, Drake, Adele, Ellen Degeneres or many, many solid guesses, you’re wrong.

In fact, last year’s number one, Taylor Swift, dropped all the way to number 49 with a “paltry” $44 million.

Beyonce would have been a good guess what with her Lemonade album and world tour, but nope, she only came in second at $105 million.

J.K. Rowling, who seemingly just prints money these days with yet ANOTHER movie and book franchise on her hands, came in third at $95 million.

Drake turned being the most streamed artist of the past 12 months into agreements with Apple, Sprite and Nike and a world tour which netted him $94 million and the third spot on the list.

Just behind Drake is our first athlete: Cristiano Ronaldo. Not only did Ronaldo take home his fourth FIFA’s Player Of The Year award, he also has a $50 million contract with Real Madrid and a lifetime contract with Nike that let him also take home $93 million, good enough for fifth on this year’s list.

Here are numbers 6 through 10…

So did I leave anyone out? Oh yeah, number one!

If you guessed it was this guy, then go ahead and take a bow.

That’s right, Diddy was the highest paid entertainer of 2017 at $130 million, according to Forbes.

Between his Bad Boy Family Reunion tour, Ciroc vodka and selling off a third of his Sean Combs clothing line, the past 12 months have been very, very good for the mane formerly known as “Puff Daddy”, Sean Combs.