George Clooney Just Sold His Tequila Company That He ‘Started By Accident’ For $1 BILLION! 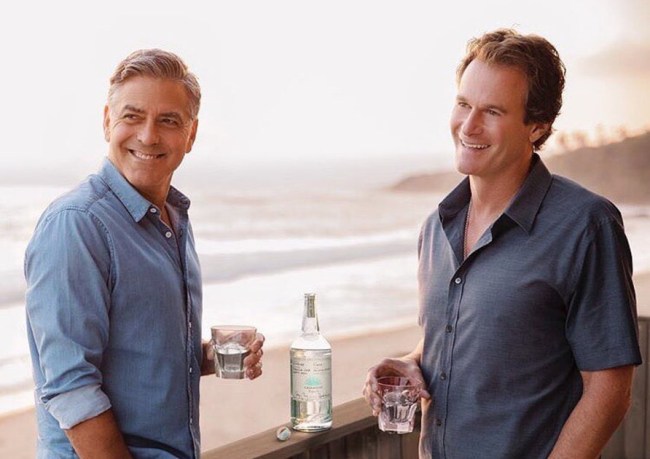 You may not even know that George Clooney even had a tequila company. But you know now thanks to the massive haul of cash that Clooney just reeled in after selling his hugely successful tequila company. Clooney cofounded the Casamigos tequila company and on Wednesday he sold the premium liquor company for up to $1 BILLION!!!

Casamigos, which translates to “house of friends,” was sold to Diageo, a British multinational alcoholic beverage company that has some of the world’s most famous spirits such as Johnny Walker, Smirnoff, Bulleit, Ciroc, Ketel One, Tanqueray, and Guinness. Diageo will pay $700 million upfront, with the potential for another $300 million based on the tequila’s performance over the next 10 years. The transaction is expected to be finalized in the second half of 2017.

Casamigos was created in 2013 by Clooney and his two friends Rande Gerber, who is Cindy Crawford’s husband and the founder of nightlife companies Midnight Oil and the Gerber Group, and Michael Meldman, who is a real estate tycoon. The now billion-dollar company was started on a whim because the gentlemen were drinking so much tequila. Ahh the problem-solving abilities of the rich and famous.

“Casamigos really started by accident as far as a company,” Gerber told Business Insider in an interview in March. “As you do in Mexico, we would drink a lot of tequila. We’d go out to bars and restaurants, and bartenders would recommend them. Some were good, some not so good, and some expensive. There came a point where George turned to me and said, ‘Why don’t we create one that’s perfect for us?'”

For two years, Gerber and Clooney met with various distillers and tried 700 samples of tequila. Now that’s what I call real work. They finally found a recipe that didn’t have a burning aftertaste and they could drink all day long without giving them a hangover. Originally, they only made the tequila for their consumption and planned to bring 1,000 bottles to the U.K., but were told that they needed to have the spirit licensed.

That’s when Meldman joined the team and found a distributor in the United States. In 2013, they launched the company and made the drink available to the public. Gerber wanted to make sure that Casamigos was affordable, a 750-milliliter bottle retails between $45 and $55.

“George doesn’t need the money. I didn’t need it. Mike didn’t need it,” Gerber said. “It wasn’t the reason behind launching a tequila. We wanted everyone to be able to drink it, and not be exclusive.”

“If you asked us four years ago if we had a billion dollar company, I don’t think we would have said yes,” Clooney told CNBC. “This reflects Diageo’s belief in our company and our belief in Diageo. But we’re not going anywhere. We’ll still be very much a part of Casamigos. Starting with a shot tonight. Maybe two.”

Clooney, Gerber, and Meldman are expected to stay with the company after its acquisition. Casamigos is the fastest growing ultra-premium tequila in the country. It’s good to be George Clooney.