‘Game Of Thrones’ Creator George R.R. Martin Is Working On A New Westeros Project And It Sounds Awesome 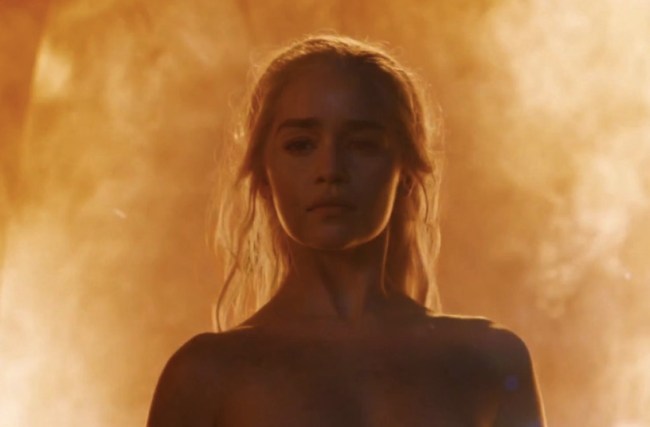 George R.R. Martin is the genius author behind HBO‘s Game of Thrones, the show is based on his novel series A Song of Ice and Fire.

George R.R. Martin made the announcement of his new project earlier this week on the LiveJournal blog where he updates and interacts with his fans on the regular:

“The Sons of the Dragon” is the title. Those of you who enjoyed “The Princess and the Queen” in DANGEROUS WOMEN and “The Rogue Prince” in ROGUES will probably like this one too. It’s water from the same well. A history rather than a traditional narrative. A lot of telling, only a little showing. (The opposite of what I do in my novels). But if you’re fascinated by the politics of Westeros, as many of my readers seem to be, you should enjoy it. As the title suggests, “The Sons of the Dragon” chronicles the reigns of the second and third Targaryen kings, Aenys I and Maegor the Cruel, along with their mothers, wives, sisters, children, friends, enemies, and rivals. If you’re read something to that effect on the web, good, that much is right.

Targaryen is the lineage from which Daenerys (Dany/Khaleesi) hails, and this will dive deep into the story of her ancestors. So, if you’re interested in learning more about this new project you can CLICK HERE to head on over to Martin’s LiveJournal website!