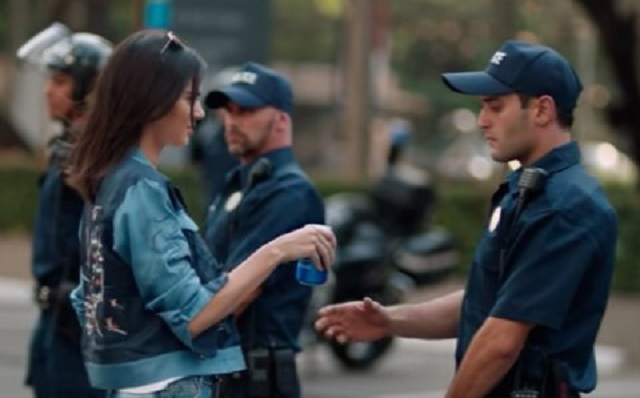 This afternoon the youngest of the Kardashian clan, Kendall Jenner, proudly released her new Pepsi ad which features her joining a protest and handing a police officer a Pepsi while Skip Marley’s “Lions” plays in the background.

So proud of you @kendalljenner! Thank you @pepsi for choosing Kendall to be the face of your new campaign! #Pepsi #PepsiMoment #LiveforNow pic.twitter.com/YsAa9cBG2O

It’s painfully obvious that Pepsi wants to market their brand to the protest movement but man did they miss their mark and just ended up pissing everyone off.

If I had a time machine I'd give it to Kendall Jenner so she could go back and give a Pepsi to Hitler.

Hell yeah I hope the militarized police force beats the shit out of me while enjoying a cool, refreshing Pepsi™ https://t.co/E7NgU9uTwS

Pepsi just made the commercial of the year for Coke.

@GrimmKardashian when a kardashian hands you a pepsi soda and you realize that you're woke now pic.twitter.com/DHiF5GCvuz