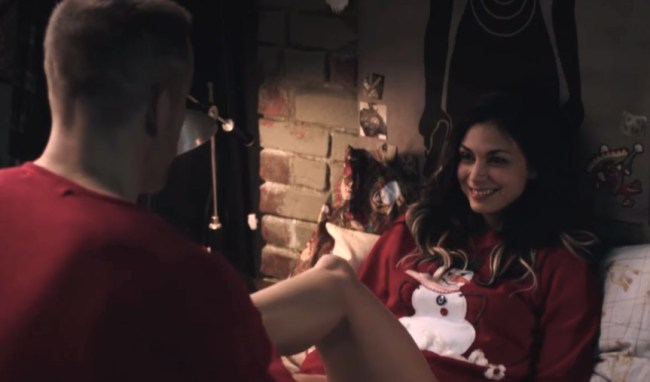 The pairing of Morena Baccarin and Ryan Reynolds in Deadpool was a stroke of genius. If there are two actors we will watch in almost anything it’s them.

Reynolds we love because of his never-ending, always hilarious sense of humor.

Morena Baccarin we love, well, obviously because she’s gorgeous, but also because she’s talented and can also be pretty damn funny at times.

One of those times was today as she dropped a masterpiece in the trolling arts on Instagram aimed at her Deadpool co-star Ryan Reynolds.

Can’t wait to see if Reynolds decides to respond. Fingers crossed and we’ll update you here if he does.