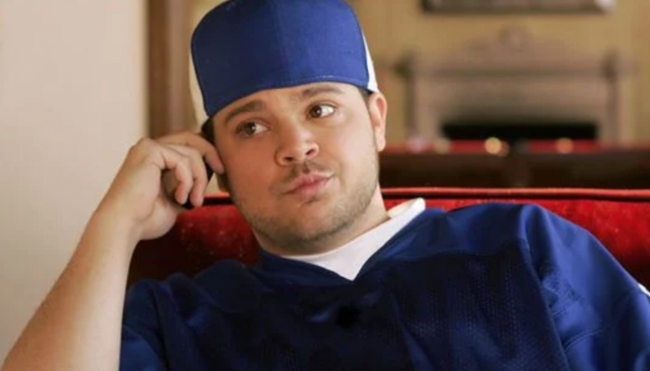 Vincent Chase always took care of his boys. Through the ups, downs, misdirects and missteps, the main focus of the Entourage story was the tale of the solid friendships between Vince, Johnny Drama, E, and Turtle.

Unfortunately, the man Vinnie is modeled after, mega-star Mark Wahlberg, wasn’t as generous to one of his oldest and closest friends as his on-screen persona. A friend so close to the Entourage producer that the character of Turtle was modeled after the real-life Wahlberg entourage member.

We obviously can’t talk about the backstabbing without starting with the backstory.

Wahlberg originally met Donnie “Donkey” Carroll on the corner of Savin Hill and Dorchester Avenues on the outskirts of Boston, Massachusetts. When Wahlberg hit it big in the early 90s as a hip-hop star and underwear poster boy known as “Marky Mark,” Carroll ditched the streets and moved to Hollywood along with Wahlberg to pursue his superstar dreams.

If you’re not seeing the parallels here, Donkey was Marky Mark’s Turtle.

After failed attempts at getting his own music career off the ground (Carroll went by the name of “Murder One”), he came up with an idea for a reality show and book based on his 14 years of experience being in the clique of one of the hottest up-and-coming actors in Hollywood.

Carroll told the Boston Herald in 2005:

“I told Mark I wanted to do a reality show about me,” he said. “I had an idea for a book, too. It was called `From the Hood to Hollywood, A Soldier’s Story.’ It was about a kid like me who grows up with a kid like Mark and ends up in Hollywood with him livin’ the life. But Mark said, `No one cares about that.'”

Within a few years of their conversation, Entourage was in production and Carroll’s life was about to hit the small screen. All of Wahlberg’s inner circle turned into fictional fodder for the HBO show.

For example, Johnny “Drama” Chase is based on Wahlberg’s “cousin” John Alves, a bodybuilder and washed-up actor whose minor acting credits include the 1998 Donnie Wahlberg flick Southie. Alves was also an extra in a Marky Mark workout video.

Eric (or “E”) is based on Wahlberg’s buddy Eric Weinstein, an actor the Boston native became close with on the set of The Basketball Diaries. Ari Gold is modeled after Wahlberg’s real-life manager Ari Emanuel., and Turtle…well, Carroll summed up just how close to reality the character is in this quote to the Herald, “I got paid $500 a week to hang out,” Donkey said. “I got paid to live his life.” That’s Turtle.

Unlike all the other men mentioned above, Carroll was in no way compensated for the use of his likeness and life story in Entourage. Alves gets paid as a consultant on the show and Weinstein even got a producer credit. Carroll got nothing. Nothing except a paper saying he’d keep his mouth shut:

Donkey said back before the show debuted, Wahlberg had him sign a release that read, in part: “As you are aware, there is a character in the program presently named ‘Turtle.’

Donkey says he was not paid to sign the release but that Wahlberg promised he would “be taken care of.”

And this is where Donkey Carroll’s life takes the saddest turn. In a true Hollywood twist, Carroll passed away in 2005, reportedly of an asthma attack. He collapsed in his fiancee’s arms and died in the hospital emergency room. He was 39.

As of 2012, Wahlberg still hadn’t made amends with Carroll’s family. His sister, Debra, was tossing around the idea of a tell-all book back in 2012 about her brother’s story and Wahlberg’s real-life role as a Hollywood villain.

She says Wahlberg backed out of the funeral “because he had a guilty conscience.” Instead, he sent flowers and left a voice-mail for her parents expressing his condolences, but claiming he couldn’t make the funeral because he “had family in town.”

The book was never published.