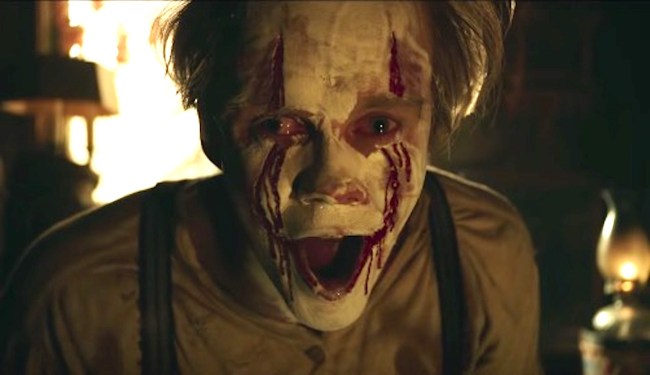 One of the most pleasant surprises in the Blockbuster film industry in recent years was how genuinely well-made and patently terrifying the 2017 reboot of IT was.

When marketing for the film first began, the usual choir of people screaming for Hollywood to “come up with new ideas” was in full force.

The film ultimately quieted those critics, though, as IT not only proved to be one of the scariest films of the year, but one of the most financially viable films of the year, as it racked up over $700 million at the box office on just a $35 million budget, which is essentially PENNIES by today’s standards.

Now, two years after the release of the first film, IT: Chapter Two is just months away, and by the looks of the latest and final trailer, will be just as frightening, if not more so.

Here’s the official synopsis for IT: Chapter Two:

In the sleepy town of Derry, the evil clown Pennywise returns 27 years later to torment the grown-up members of the Losers’ Club, who have long since drifted apart from one another.

IT: Chapter Two will be released in theaters in the United States on Friday, September 6, 2019.