Drake’s Self-Awareness, Business Savvy And His Leverage Of Social Capital To Stay At The Top 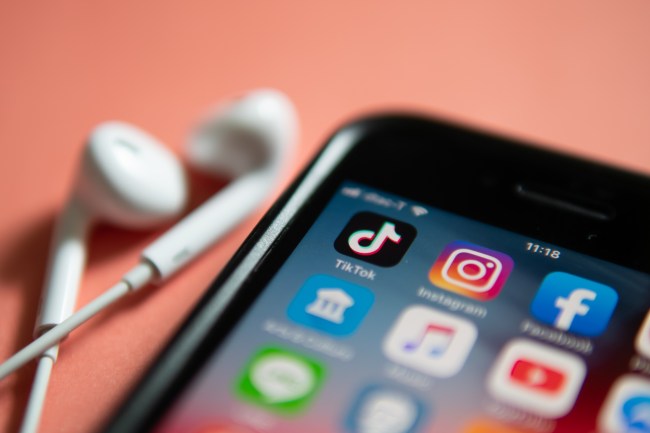 Drake is a staple of pop culture, contributing not only his music and videos, but also inspiring memes, fashion trends, and even introducing slogans to the lexicon. While casual listeners and detractors tend to simply write him off as nothing more than watered down, soccer-mom-friendly hip hop and R&B; there is a lot more to Drake’s intelligence and business savvy than meets the eye. You don’t make your first $25 Million before turning 25 on sheer luck and good looks, right? But to truly understand the depth of Drake’s self-awareness and his keen ability to leverage social currency to maximize marketing with minimal cost, first we have to take a quick crash course in social capital and viral marketing. So grab your notebook, take a seat, and let’s get started.

Social Capital, which was first discussed in the 1890’s, but not well defined until 1916 by L.J. Hanifan, wasn’t regularly discussed or studied until the 1990’s and the emergence of the Internet. It is defined as a form of economic and cultural capital in which social networks are central, transactions are made by reciprocity, trust and cooperation, and sellers produce goods or services for the masses rather than themselves. Consulting company Vivaldi Partners expounds on this, defining social currency as “the extent to which people share a brand or information about that brand, as part of their everyday social lives at work or at home.”

Jonah Berger, Wharton University Associate Professor of Marketing and New York Times and Wall Street Journal Best-Selling Author, is an expert in social influence, viral marketing and consumer behavior. His best-selling book “Contagious: Why Things Catch On” has been printed in over 30 languages, and it explains why we share things on social media (mainly because we’re vain and it makes us look good, we want to look interesting and followable), as well as explains the six principles of virality:

To keep things short-ish, we’re going to just focus on social currency and public. For currency, Berger has identified four ways or steps to make a social brand as marketable as possible.

1. Identify what’s remarkable about your brand

When consumers come across something cool, interesting, or funny, they can’t wait to share it. Brands need to figure out what the most interesting or buzz-worthy part of their product is, and market the shit out of it. (Drake does this with everything about his persona, general corniness, unique outfits and offbeat album covers).

It’s paramount for a brand to motivate consumers to remain engaged for achievements, scoring systems, levels, etc. It promotes competition and shows consumers where they rank compared to others, encouraging them to outdo one another. This is easily measurable in likes/favorites/re-tweets/shares; the more a consumer can get, the more popular their content is – thus “beating” others. (Pretty self-explanatory for Drake.)

When a product or brand is scarce, consumers will desire it more. Exclusivity works the same way: by granting access to a limited number of consumers. It should be noted that this can be dangerous, as the more hype a brand builds, the greater consumers’ expectations will be. Failure to deliver can be disastrous. (Drake doles out singles slowly, usually online first, teases studio session on social media, drops tack lists, producer credits, and album cover art seperately, all to increase buzz. Also more recently, Drake has released his work initially exclusively through Apple Music.)

How can a brand make their consumers feel unique or look awesome? (Drake RT’s and shares fan submissions and even posted fan videos on his personal Instagram.)

For the public principle of virality, Berger’s main concept here is “monkey see, monkey do.” People will imitate what they see people doing around them. If a lot of consumers are sharing, buying, or discussing something, it must be pretty good, interesting, or at least polarizing. Once people saw the early drake memes, they took off like wildfire; first with shares, then creating their own, trying to get more shares than the last.

Now that we have some background on social currency and viral marketing, let’s go through Drake’s last four albums and see how strategically he’s leveraged his fans to maximize his buzz and reach, with very little cost in terms of advertising.

“Take Care,” his second studio album, was released November 15, 2011. Prior to the album’s release, Drake built steady marketing momentum by releasing the first single, “Marvin’s Room,” via his blog in June, followed by the album cover on September 23, and the second single (again via the blog) “Make Me Proud” featuring Nicki Minaj in October. 10 days later, Drake tweeted, for the first time, his now-famous slogan “YOLO.” By the time the album was finally released in mid November, buzz was at an all time high. People were photoshopping the album cover, the singles were all over the radio, and YOLO was literally everywhere on social media. “The Motto” was released two weeks after the album, which only grew its visibility, as this was the song with “YOLO” in the lyrics.

With the release of his third studio album, “Nothing Was the Same,” Drake followed the successful formula from his last album’s release, with four singles dropping before the album itself on September 24, 2013. “Started From the Bottom” which was released in February 2013, was nominated for numerous awards, as was the third single “Hold On, We’re Going Home.” Drake released the album art, a specially commissioned piece from artist Kadir Nelson, a month before the album on August 22nd. The cover featured Drake as a child (sporting a pretty sweet mini ‘fro) looking at himself as an adult, set against a blue sky backdrop.  It’s a great piece of art, and a really good portrait of Drake, but it’s almost like he was daring fans to Photoshop the cover, especially releasing it so far before the album actually came out.

Drake decided to flip the script in 2015, releasing his fourth mixtape, “If You’re Reading This It’s Too Late,” with no prior warning, in the middle of the night, via a random tweet with an iTunes link.

By releasing the album via iTunes (and Spotify shortly thereafter) Drake made the album’s success hinge solely on word-of-mouth viral marketing. The cover art once again inspired a frenzy of memes, so much so this time that actual generators began to pop up, helping to expedite the creative process and allowing novices to join in on the fun. The Album was an instant success, debuting at No. 1 on the Billboard 200, setting records with three-day sales of 495,000 copies and 40,000 streaming credits. It also broke Spotify’s first-week streaming record, with over 17.3 million streams in the first-three days.

After the viral drop of “IYRTITL,” Drake reverted to the tried-but-dependable release formula from “Take Care” and “Nothing Was the Same,” with the release of his fifth studio album, “Views” on April 29th of this year. By releasing singles “Hotline Bling” (July 31st, 2015), “One Dance” and an altered “Pop Style” (April 5th, 2016), as well as the promo “Summer Sixteen” (January 30th, 2016); Drake once again slowly built momentum and buzz for the forthcoming album. After releasing an official album trailer on April 4th, fans eagerly awaited the drop of the cover art. Drake made fans wait a bit longer than usual this time, releasing it just five days before the album. But once again, Drake had created another instantly classic meme, with a cover that almost dared fans to try and edit the miniscule singer Photoshopped atop the CN Tower in Toronto. Without missing a beat, generators popped up all over online, allowing you to make your own version of the cover, as well as drop mini Drake onto other photos. Drake also stepped up the exclusivity with “Views,” making it initially available through Apple Music only, driving trial-three-month subscription signups through the roof.

As you can see, everything about an album release is carefully planned and executed by Drake and his team. By dropping so many singles, they can keep buzz going for the anticipated album and not let it die down, and by releasing them via the blog first, it promotes exclusivity and gives incentive to the dutiful fans that are plugged into social media. By creating unique and easily-altered cover art, Drake is subtly urging fans to recreate it in their own way, thus utilizing game mechanics and creating never-ceasing competition between fans for reTweets, likes and shares. “IYRTITL” is the best example of social currency and viral marketing driving sales, with Drake only ever mentioning the forthcoming “Views,” but never even hinting at a mixtape. By releasing the album via a link on Twitter, 100% of OVO & Co.’s success hinged on the social capital Drake had built up to that point. It payed off in a huge way, smashing records for sales and streams.

After setting a new bar for surprise albums and word-of-mouth-driven sales, Drake smartly set his sights on conquering the mobile media market with his low-key groundbreaking video for “Hotline Bling.” The carefully planned outfits, along with hilariously-awkward dancing (at the extremely common rate of 135 beats per minute, making Drake’s dancing easily transposable onto other songs) were shot with Drake inside a 4:3 ratio box on screen, making it perfect for mobile viewing. With 71.5% of media currently being consumed on mobile devices, this was a slam-dunk decision. Drake further flexed his marketing muscle by embracing the hilarious wave of memes that followed the video’s release, encouraging fans to submit their creations directly to him, with the “best” selections being shared with over 20 million followers on Drake’s personal Instagram.

Drake’s marketing savvy, business acumen, and willingness to embrace 21st century marketing strategies have continued to pay off extremely successfully for the Canadian artist, to the point that the mediocrity of most of his releases is largely overlooked and/or quickly forgiven. Even non fans should be able to recognize and respect the way Drake has been able to establish, maintain, and exponentially grow his social capital and leverage it for extremely effective viral marketing. I look forward to see what he has up his sleeve for the next release.