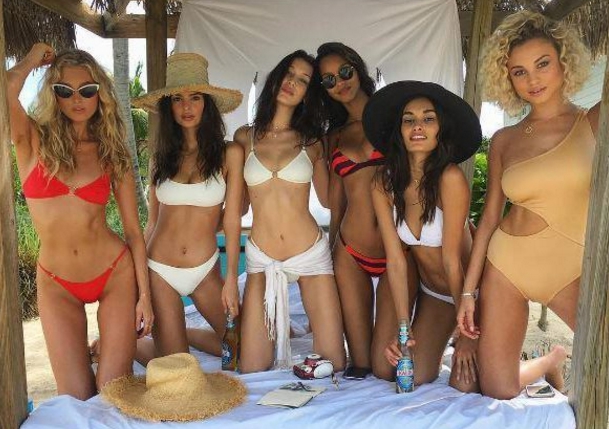 Now that attendees are off the island, the legal dominos from Ja Rule and Billy McFarland’s poorly-planned, allegedly-fraudulent Fyre Festival in the Bahamas is starting to fall. The so-called “Hunger Games Coachella” captivated social media over the weekend, with attendees pissed about the lack of food and water after shelling out hundreds — if not thousands — of dollars for a “luxury” music festival experience all the talent backed out of.

Grinding through the weekend, yesterday celebrity trial lawyer Mark Geragos filed a class action lawsuit in U.S. District Court. The plaintiff is an attendee named Daniel Jung, who Variety says is “seeking $5 million in damages for alleged fraud, breach of contract, breach of covenant of good faith and negligent misrepresentation” after spending over $2000 on his ticket and airfare for Fyre. The class action suit means that other attendees effected by the fraud will be able to join as plaintiffs in the eventual settlement:

The suit anticipates a class of “more than 150 “plaintiffs for whom it seeks a minimum of $100 million. Geragos will be busy over the upcoming week seeking out other litigants to join the suit, which alleges that the “festival’s lack of adequate food, water, shelter, and medical care created a dangerous and panicked situation among attendees — suddenly finding themselves stranded on a remote island without basic provisions — that was closer to ‘The Hunger Games’ or ‘Lord of the Flies’ than Coachella.”

The suit claims as its causes of action: fraud, breach of contract, breach of covenant of good faith and negligent misrepresentation and seeks a minimum of $100 million in damages. It is believed a crowd of approximately 6,000 attendees was expected to attend the festival, though it is unclear how many tickets were actually sold.

Just look how this thing was promoted vs. the reality!

The Lord Of The Flies-esque conditions of the festival were cited in the suit. And there’s speculation the Bahamas might also file their own lawsuit against the organizers for giving the tourism-dependent country bad rap:

Jung claims to have spent $2,000 on his Fyre Festival ticket and airfare. For that, he and fellow “festival-goers survived on bare rations, little more than bread and a slice of cheese, and tried to escape the elements in the only shelter provided by Defendants: small clusters of ‘FEMA tents,’ exposed on a sand bar, that were soaked and battered by wind and rain.”

The commonwealth of Bahamas may well file a suit of its own. TMZ reported the Bahamas “stands to lose out on millions with the festival being called off … and tourism officials are devastated.” The Ministry of Tourism released a statement saying it is “extremely disappointed.”

The lawsuit goes into details about how the organizers “trapped” the attendees on the island, more or less letting them not leave the Fyre Festival hellscape:

To say the efforts fell short is an understatement. The suit alleges that festival attendees became virtual prisoners: “Faced with the complete lack of even the most basic amenities, as well as no assistance from Defendants, festival attendees began to panic. Predictably, Attendees began attempting to leave the island en masse, but found themselves trapped—even locked inside an airport awaiting delayed flights.”

Efforts to “escape,” the suit claims, “were hamstrung by their reliance upon Defendants for transportation, as well as by the fact that Defendants promoted the festival as a ‘cashless’ event—Defendants instructed attendees to upload funds to a wristband for use at the festival rather than bringing any cash. As such, Attendees were unable to purchase basic transportation on local taxis or busses, which accept only cash. As a result … at least one attendee suffered a medical emergency and lost consciousness after being locked inside a nearby building with other concert-goers waiting to be airlifted from the island.”

And finally — As to how this thing became such an unmitigated disaster in the first place: The false advertising campaign pushed by “influencer” Instagram models like Kendall Jenner, Bella Hadid, and Emily Ratajkowski. Those three in particular are named in the lawsuit, with some speculation that Geragos might come after them for promoting a misleading and fraudulent event. The FTC might also open a case against these “influencers” as well:

Given that the festivals organizers did not have the funds to compensate the entertainers booked to perform — and it is unclear as to whether they had insurance — speculation has begun that Geragos may go after some of the bigger name models who took part in promoting the ill-fated event. Celebrities “including Kendall Jenner, Bella Hadid and Emily Ratajkowski” were cited by name in the complaint, which says they used their social media accounts “to generate ticket sales.” The website FashionLaw.com speculates the models’ participation in promoting the site may trigger a Federal Trade Commission proceeding for false advertising.

There’s no doubt the festival attendees were ripped off in some capacity by greedy organizers who tried to fleece the young Coachella-loving crowd. Now it looks like they’ll get the pay day from Ja Rule etc that they deserve.