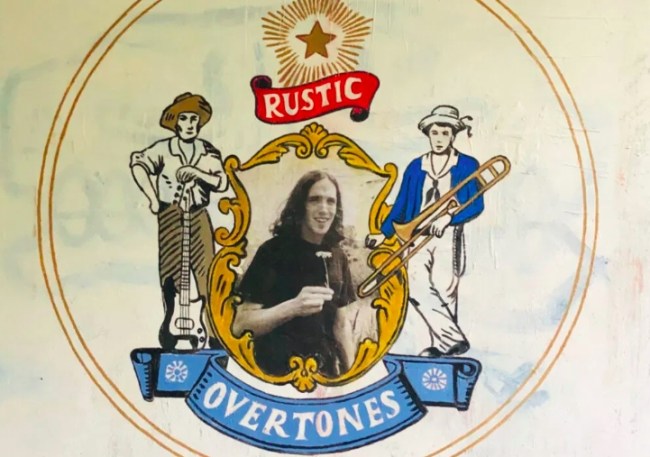 Welcome to the BroBible New Music Round-Up, where this week is light on new music and a little heavy on Record Store Day releases and we’re all a little full from Thanksgiving so we’ll just meet somewhere in the middle. For more follow me on Twitter:  @ryanoconnell79 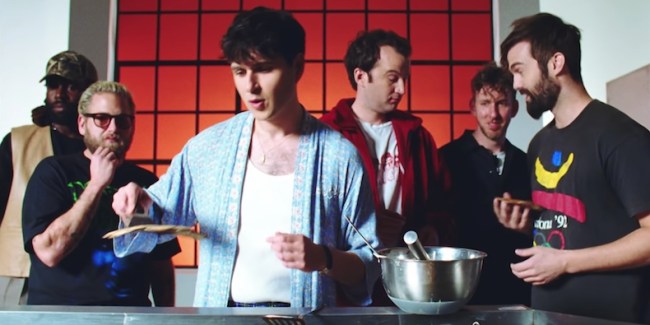 The Best of 2019 Playlist has been updated (again). 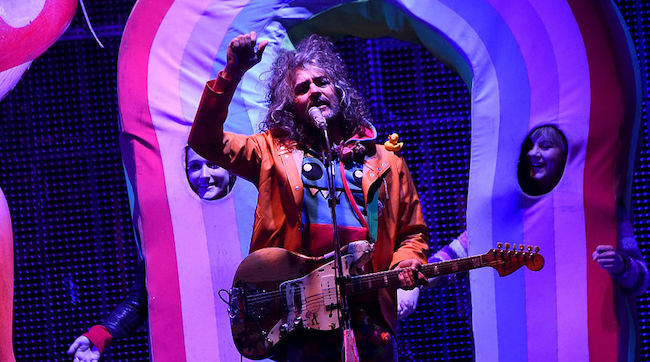 Has it ever been explained why The Weeknd decided to ditch that third “e?” At this point, I really don’t care anymore but that doesn’t mean I’m not still curious.

Yeah, I could look it up but I could also not look it up and guess which I’m going to choose?

Earlier this week, The Weeknd teased a new song (“Blinding Lights”) and then dropped another, the thumping and slightly spacey “Heartless.” Why not call it “Heartlss” The Weeknd? If you’re going to skimp on e’s, you should be consistent.

At least The Weeknd is consistent with his music which continues to be smooth as the gravy hopefully was at your Thanksgiving yesterday. The two tracks are reportedly from a “new brain melting psychotic chapter,” which some people with interesting families might just call Thanksgiving.

These are the third and fourth songs The Weeknd has released this year. In 2018 he released an EP, My Dear Melancholy.

If you’ve ever seen The Flaming Lips live, you know all too well that it’s a wild experience. Even if you aren’t the biggest fan of their music, you can still appreciate the maniacal spectacle that their live show is.

Back in 2016, the band played Red Rocks, the iconic venue a few clicks north of Denver, backed by a 68-piece orchestra and 57-strong chorus led by renowned conductor Andre de Ridder. During the show, the band played their fantastic 1999 album, The Soft Bulletin, in full, albeit with “new arrangements for each song that use the full orchestra to greatest possible effect.”

On Friday, the band released a recording of the show and it’s a lot to take in, but in like, the best possible way.

Here’s what you should do. Listen to the original version of The Soft Bulletin to fully appreciate how cool of an album that is. Then, give this live version a spin.

Please report back with your findings. We’ll circle back on Monday to discuss.

I think it’s safe to say that we all have a band or a solo act that we feel a greater than normal amount of loyalty to. This loyalty might come from when you first got into the band or solo act and how much that time in your life means to you or it could be connected to who got you into them or how you did.

Or you just effin’ love great singers from Iceland so you’re ride or die with Bjork.

The reasons are secondary. The loyalty is what matters.

I ride with Rustic Overtones, a band from the great state of Maine who has been with me since the mid-nineties. Part of my loyalty to the band is because of Maine Pride, which is unflappable and any Mainer will tell you is something not to be taken lightly. But I’m also loyal to Rustic Overtones because I just really, really like their music which at any moment includes funk, rock, ska, jazz, Latin, reggae, fusion and more.

The band has been together since the early 1990s, toured constantly throughout the decade, got signed by Arista, got dropped by Arista, got signed by Tommy Boy, recorded with the late David Bowie, went on a break for a few years, came back in 2007 and sounded amazing, started playing again, underwent some lineup changes and then experienced tragedy earlier this year when one of their original members, trombonist and arranger Dave Noyes, unexpectedly passed away.

Noyes was the band’s heart and soul, as well as their musical compass, and prior to them starting work on a new album reportedly got really into Brazilian psychedelia, which I definitely did not know was a thing before I read about it. Initially, the band resisted Noyes’ new creative vision but after his passing, the band gave it another look and started exploring demos he had been kicking around on his phone.

“After he died, we trashed the easily digestible stuff and dug into his ideas like they were codes we needed to crack. Trying to think the way Dave did sent us new places musically,” frontman Dave Gutter recently said.

Those demos became their new self-titled album and parts of the voice memos Noyes made are featured on the album, which is the band’s eighth. The band leans heavily into Latin and almost Afrobeat-like sounds, especially with the horn lines and grooves. They still have an edge to them, thanks in large part to Gutter’s unique vocals, but now that edge has found itself surrounded in a new, more eclectic environment.

You can explore more Rustic Overtones’ music here and then you can learn more about the history of the great state of Maine here.

Record Store Day typically features a bevy of special and limited edition releases from artists that are only available at local joints, done so with the hope that people will hit up those spots and realize that damn it, those places are amazing. And I get that no one buys music anymore because why buy it when you can just stream it.

But you can’t stream everything, which is where local record stores come in.

The band’s legendary appearance is getting a vinyl release. This comes a few weeks after a double album was released, featuring tracks not included in the original broadcast. The seven-song set, recorded just days after they wrapped up their first American tour, includes “Jeremy”, “Even Flow”, “Alive,” and “State of Love and Trust,” which was from the Singles soundtrack.

Phish Story of the Ghost

Phish’s excellent 1998 album is also getting released on vinyl as part of Record Store Day Black Friday 2019. Eight thousand copies will be available via the “RSD First” program and the release is a remastered, double 180g vinyl, foil-stamped set version of the album.

Brothers Osborne Live at the Ryman

You had me at “live at the Ryman” Brothers Osborne. The band performed three shows at the legendary Nashville venue in February 2019 and this double LP release on vinyl highlights those shows over 12 tracks.

The Hold Steady Four on Ten

A favorite of The New Music Round-Up, The Hold Steady has put four unreleased tracks together on a RSD special edition 10″. Not sure what a 10″ is? It’s cool. Me neither. Let’s look it up together.

Day Old Belgium Blues is a live album, recorded during the band’s 2004 European tour to support their album, Aha Shake Heartbreak. The 12″ includes versions of “Four Kicks,” “Molly Chambers,” “Trani” and more. On a related note, please don’t forget about Kings of Leon. They were really good, are still really good and if they release another album at some point, will continue to be really good.

The AMAs Weren’t Just About the Youngsters

The American Music Awards aired last Sunday night and heading into it, the big story surrounding the show involved Taylor Swift and her on-going feud with her former label and Scooter Braun.

After the show, most of the talk surrounded Billie Eilish’s performance as well as Swift’s, which was a career-spanning set that was made possible by a brief cease-fire that was issued between the two warring factions in The Battle of Taylor Swift’s Discography. Talk of both of those performances were certainly warranted. They were fine.

But let’s not sleep on Green Day who also performed.

Green Day are not young anymore, but that isn’t stopping them from playing young folks music, let alone pop-punk rock, which is all but extinct these days. Green Day played their new single, “Father of All,” as well as “Basket Case,” because Dookie is turning 25 and DAMN IT, I’M OLD.

Some Post-Thanksgiving Reading For You 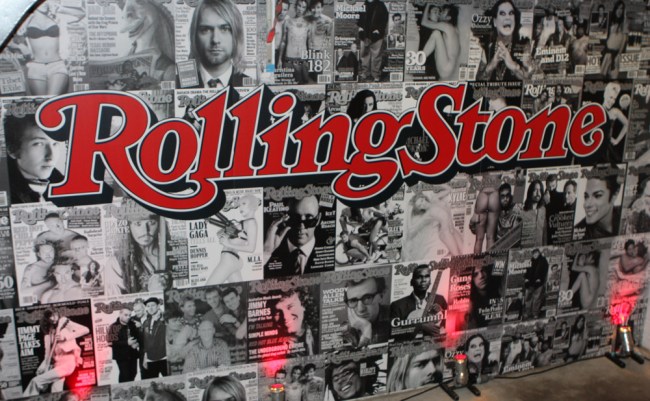 Earlier this week, Rolling Stone unveiled its list of the 50 most important moments in music that happened during this past decade.

Not included: Mark MacGrath of Sugar Ray breaking up with people’s boyfriends for them.

Yeah, Not A Good Look Billboard

Every “Woman of the Year” for @Billboard this decade:

Listen with the sound on… pic.twitter.com/Ct3mUdQHsy