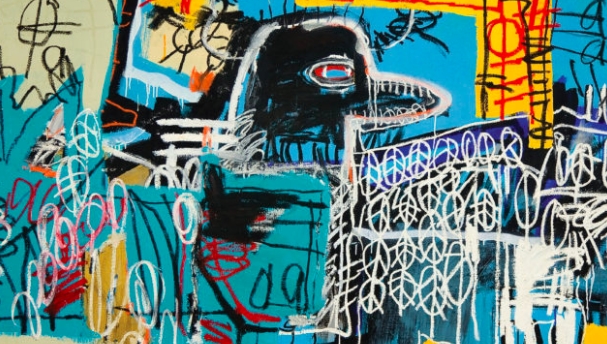 Welcome to the BroBible New Music Round-Up, where once week five of quarantine hits, brushing your teeth will be considered optional. For more follow me on Twitter:  @ryanoconnell79

Hey, The Strokes have a new album. To celebrate, this week’s playlist is 20 of The Strokes 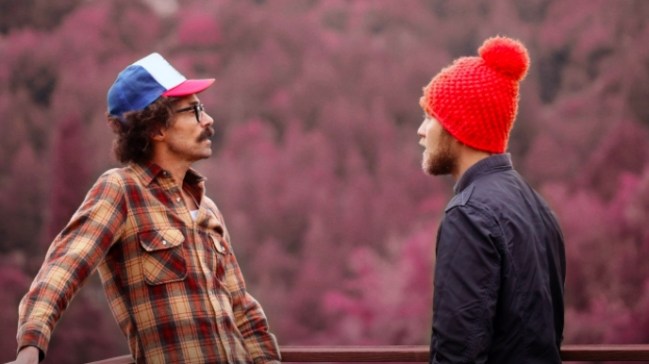 The Strokes The New Abnormal

I don’t know about you, but as this quarantine life has continued to go on, I’ve found myself reconnecting with old friends, people I haven’t talked to in years. They’re at home, I’m at home. It’s a win/win for everyone.

So it would then make sense that during this time, The Strokes, an old friend from back in the day, would also come back into our lives.

On Friday, the band released The New Abnormal, their sixth album and first since 2013’s Comedown Machine. At a New Year’s Eve show, singer Julian Casablancas triumphantly declared the band was coming back, saying that “the 2010s, whatever the fuck they’re called, we took ‘em off. And now we’ve been unfrozen and we’re back.”

The band then announced that the new album would be coming out back in February when they were in New Hampshire, performing at a rally for now-former Democratic presidential candidate Bernie Sanders.

Now it’s April, we’re all stuck inside and The New Abnormal is here.

Pitchfork isn’t really on-board, saying that the album “mostly just feels like a hangover. It’s sluggish and slight, and the strongest hooks are so familiar that they require additional writing credits for the ’80s hits they copy note-for-note (Billy Idol’s “Dancing With Myself” in “Bad Decisions,” Psychedelic Furs’ “The Ghost in You” in “Eternal Summer”).

Steven Hyden of UPROXX is a bigger fan of the album than Pitchfork, comparing it to their last few albums in that it includes “four undeniable bangers, and five weird and bombastic sorta ballads in which Casablancas addresses his own profound Strokes disappointment in bizarre, fascinating ways.”

The New Abnormal “will sound better in about three years,” he goes on to say. Hyden also recently ranked what he considers the best Strokes’ songs if that’s something you’re interested in.

For further Strokes-related content, I’d recommend this piece from Rob Harvilla at The Ringer, where he goes back into the band’s history to explore connections with their new album.

As with most acts right now, The Strokes are grounded, unable to get out there and promote the album as they normally would. As a result, they recently launched a pirate radio show, Five Guys talking about things they know nothing about.

The title pretty much says it all. The first episode featured the band talking about Bill Withers, art, experiences with music big wigs like Jann Wenner and the revelation that apparently Albert Hammond Jr. had the idea “for a car-based interview series that pre-dated Carpool Karaoke and Comedians in Cars Getting Coffee.”

File Under: Sure, why the hell not, right?

Earlier this year, before shit got weird and the outside got scary, rapper Aesop Rock dropped a track called “Rogue Wave.”

Guess what the track is called?

Along with the new track, Rogue Wave is asking fans “to donate to the Tipping Point Community, an Oakland non-profit that raises money for Bay Area families in need. Tipping Point is currently trying to raise $30 million to support its grantees during the pandemic.”

“It’s hard not to feel powerless in times like these,” Rogue Wave’s Zach Rogue explains. “For us, we talked about it and wanted to do something, anything to help. If you listen to our track, please consider donating to Tipping Point. They do amazing work in the Bay Area, directly helping families in need. No amount is too small! We were able to track ‘Aesop Rock’ a couple of days before the shelter in place in California. Who knows, maybe Aesop Rock’ll bust a jam called “Out of the Descended Shadow of Lake Michigan” next?”

For more Rogue Wave, you can check out the playlist 25 of Rogue Wave.

On Tuesday, Aesop released the soundtrack to the new video game Freedom Finger, “a side-scrolling fighting game in which you, the player, become a giant middle finger fighting various enemies.”

“I was approached by my old friend Travis Millard to make some original music for Freedom Finger,” Aesop Rock said in a statement. “I provided some instrumentals that pop up at various points throughout the gameplay. As the game was being rolled out, the idea arose to have me do three more tracks—this time fully fleshed out songs with lyrics inspired by Freedom Finger’s gameplay. These tracks were intended to accompany some brand new levels that would be made available as downloadable content for the game.”

The soundtrack is available to stream, as well as in 10″ vinyl form, released through Aesop’s record label Rhymesayers.

New Orleans’ Preservation Hall Jazz Band originally released “Keep Your Head Up” on their 2019 album A Tuba to Cuba but then last fall, they recorded a new version of the tune featuring the rapper Pell. The tune became a call to action for their beloved New Orleans.

Now, given the circumstances (i.e. a pesky global pandemic,) the song has been released digitally. Followers of band leader Ben Jaffe’s Instagram account will recognize the song as a staple of his front porch jams.

The group also recently launched the Legacy Emergency Relief Fund. The fund supports members of the band’s extended universe who have lost work due to COVID-19.

“The doors at Preservation Hall are closed for the foreseeable future and our 60-member Musical Collective is facing great uncertainty,” Jaffe shared in a press statement. “We’re focusing all of our attention towards caring for our musicians in helping them weather the crisis.”

You can donate to the fund here.

After spending the past couple of years releasing horn-driven covers of Rage Against the Machine, Tool, Black Sabbath, Living Colour, Audioslave and others, Brass Against have finally released some music of their own.

“This EP represents the beginning of our own creative expression and evolution as a band,” comments Brad Hammonds, who leads and curates the collective. “We obviously wear our influences — Tool, Deftones, RATM, etc. — and build on them with these songs, hopefully creating something new and unique.”

I’d say that quote pretty accurately sums up the sound of the new EP’s three songs. There is a familiarity to the songs the band have previously covered, but they aren’t exact replicas.

On their covers, the band has worked with a rotating cast of singers, but on the EP, singer Sophia Urista handles vocals, which I’m personally happy about because with no disrespect directed towards the other vocalists, she’s my favorite.

I’d also recommend a deep dive into the band’s YouTube page to check out some of their previous work.

You can check it out while trying to decide what to watch now that you’ve finished Tiger King.

It’s like the button you press on your phone when you really don’t want to be disturbed. It’s for when airplane mode just won’t cut it.

Satellite Mode is also an Electro-Rock duo based out of New York City comprised of Jessica Carvo and Alex Marko. Their song “Click Now” is their latest release and its message of an over-reliance on technology is especially timely, given that all of our screen time recaps for our phones just say “a shitload” now.

The duo’s debut EP, Robots Vs. Party Girls is set to be released this summer.

Well, provided there is a summer. 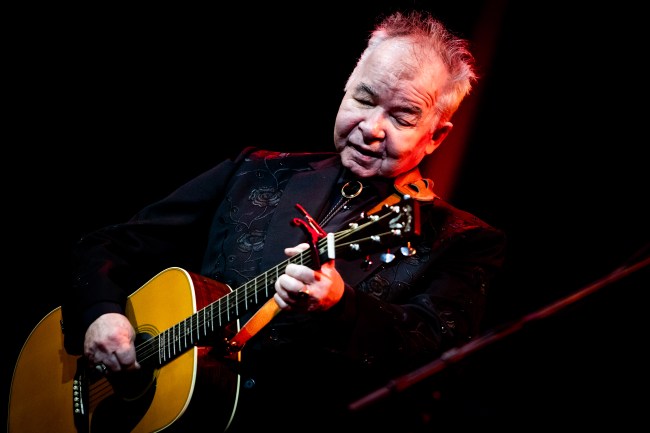 Radiohead Are The Latest Band To Open Up The Vaults

As music acts sit at home, wondering both what to do with themselves and how to keep their fans engaged, one option that has continued to pop up is to open the vaults, give the kids some live shows to check out.

Radiohead are the latest group to do this, kicking off their new weekly series showing shows pulled from the Radiohead Public Library. Shows will stream from the band’s Youtube channel and on the JamBase Livestreams Calendar.

The first show in the series is Live From a Tent In Dublin – October 2000. The setlist includes songs like “Idioteque,” “Just,” and “Paranoid Android.”

In a statement, the band said that “we will be releasing one a week until either the restrictions resulting from current situation are eased, or we run out of shows. Which will be first? No-one knows.”

NO ONE KNOWS WHEN THIS WILL END!

The Coronavirus claimed a music legend earlier this week when the great John Prine passed away due to complications related to the virus. Prine was 73.

Prine is credited with helping start the Americana genre, a genre that includes Jason Isbell, who wrote a touching tribute to Prine recently in The New York Times.

Additional tributes were quick to start pouring in on Twitter following the news of Prine’s death.

With a heavy heart, but deep love and gratitude for his gift he gave us all- Goodbye, John Prine. https://t.co/kGkNJYl3hI

We are heartbroken to hear about the passing of John Prine. His life and music will be celebrated by us as long as we are able .. we send prayers and condolences to his family at this time.. ~ Lukas and POTR pic.twitter.com/nw72SDEjHq

Over here on E Street, we are crushed by the loss of John Prine. John and I were "New Dylans" together in the early 70s and he was never anything but the lovliest guy in the world. A true national treasure and a songwriter for the ages. We send our love and prayers to his family.

RIP John Prine. The real deal. Great American singer/songwriter that found the heart and humor in even the darkest of human stories through song. Genius. Very heavy loss.

If you’re not familiar with Prine’s music, here’s a good playlist to get you started.

A Great Tribute To The Late Bill Withers

Yet another reminder that 2020 has been one big effin’ nut shot after another.

And it’s only April.

BYOTD (Bring Your Own Tiny Desk)

NPR isn’t going to let quarantines and global pandemics stop them from giving us “Tiny Desk Concerts.” In the latest installment of “Tiny Desk (At Home) Concerts,” they enlisted The Roots’ frontman Black Thought to perform.

Lounging in a very comfortable-looking black armchair, Black Thought performed songs from his upcoming solo album Streams of Thought Vol. 3, his Broadway musical, and a song with Portugal. The Man, who joined the rapper remotely.

"Sir, that's an ingenious way to avoid getting the Coronavirus."